The diamond gets its name from the town of origin of the finder/owner of the diamond, Mr. W.W. Johnson of Amarillo, Texas, who discovered the 16.37-carat rough diamond in 1975, at the world's one and only diamond mine open to the public, the Arkansas Crater of Diamonds State Park, where one could search for diamonds after paying a nominal fee and keep what he finds. 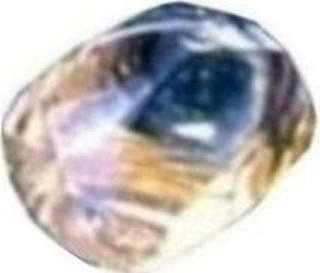 The Amarillo Starlight diamond is a 7.54-carat, marquise-cut, white diamond of unknown color and clarity grades.

If on the other hand the diamond is near colorless or has at least a tinge of yellow, the diamond becomes a Type Ia diamond, in which the color is caused by trace quantities of nitrogen atoms being present in the crystal. Nitrogen atoms present as aggregates of odd numbers can impart a pale to medium yellow color to diamonds. Such diamonds are known as Type Ia. If nitrogen atoms are scattered as single atoms in the crystal they impart an intense yellow color to the diamonds such as canary yellow. These diamonds are known as Type Ib.

The discovery of the diamond

The Amarillo Star rough diamond, a 16.37-carat white stone was discovered in 1975 by W. W. Johnson of Amarillo, Texas, while he was on vacation with his family, at the Crater of Diamonds State park, in Arkansas. Mr. Johnson decided to take his family out on the popular diamond searching adventure in the park, a pastime in which all visitors to the park usually engage in, and was rewarded with this unusual and impressive find.

In keeping with the park's policy that "finders are keepers" Mr. Johnson became the owner of the diamond. He subsequently got the diamond cut into a marquise-shape weighing 7.54 carats, with the inevitable loss of 8.83 carats, equivalent to 54% of the original rough diamond. Such losses are common in the processing of diamonds, in the attempts to achieve the highest quality diamonds, with the maximum fire and brilliance, i.e. cutting for quality at the expense of quantity.

The 16.37-carat white rough diamond became the largest diamond ever unearthed by a park visitor following the Crater's establishment as a state park in 1972. The diamond still holds this record up to date. However, in the list of notable diamonds discovered at the Crater of Diamonds Park, the Amarillo Starlight occupies the 4th position, being the 4th largest rough diamond discovered so far in the history of exploitation of the crater.

List of notable diamonds discovered at the Crater of Diamonds, Arkansas, arranged in descending order of carat weights of the rough diamonds. 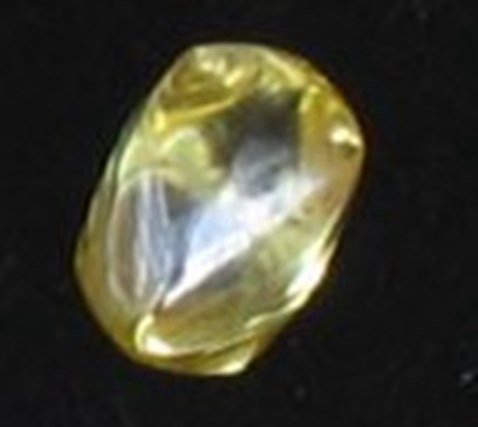 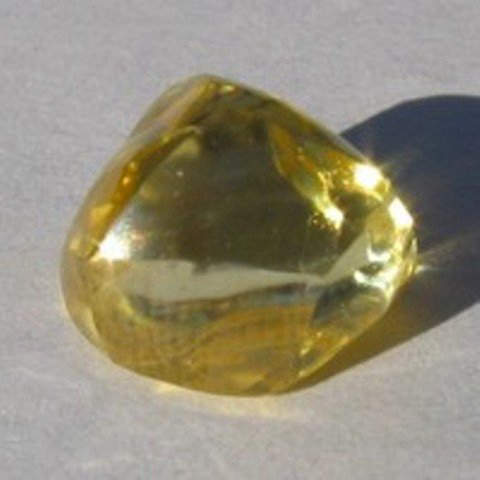 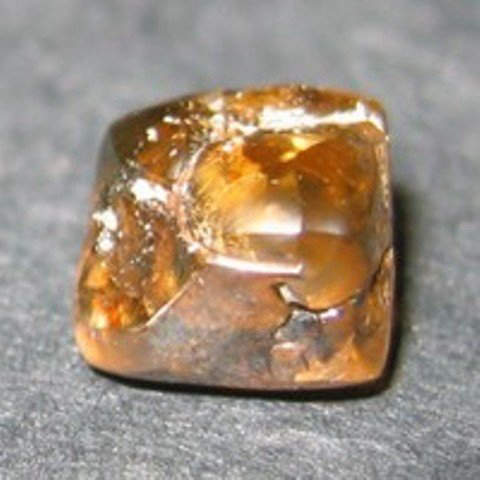 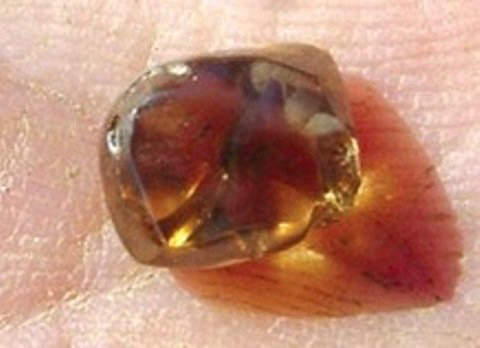 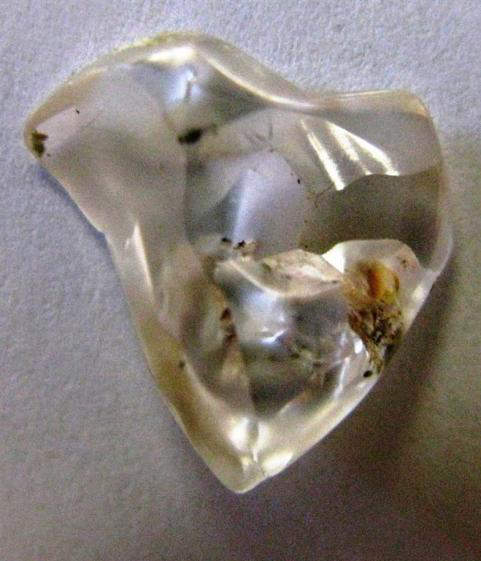 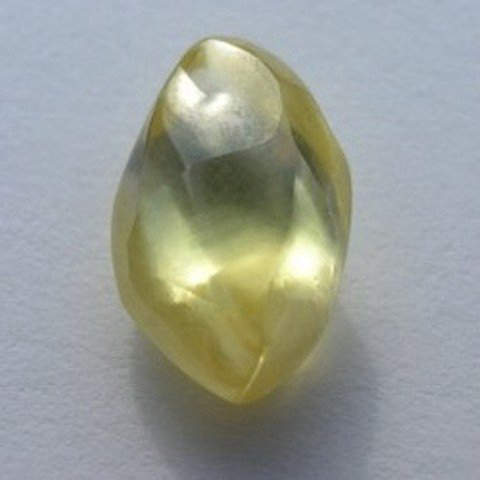 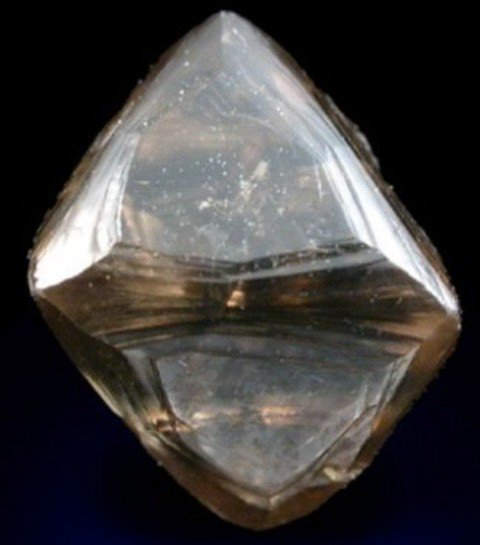 History of the Crater of Diamonds State Park

The history of the Crater of Diamonds State Park can be divided into three periods :-

2) Second period - 1952 to 1972. Period of development as a privately owned tourist attraction, known as the Crater of Diamonds.

3) Third Period - 1972 to date. Period of development as a state-sponsored tourist attraction, known as the Crater of Diamonds State Park. 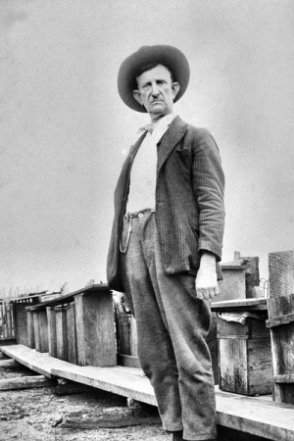 Crater of Diamonds Archive - Photograph circa 1924

This period extends from the time of discovery of diamonds in the crater in 1906 up to the time the two mining companies ceased their activities in 1952. Diamonds were first discovered accidentally on the site in 1906 by a farmer named John Huddleston, whose farm was situated on the site. In the unprecedented diamond rush that followed in the immediate aftermath of the accidental discovery, Mr. Huddleston's property escalated in value, and he was able to dispose of his farm for $ 36.000, to a diamond mining company who immediately closed the farm area to the public. Within a few years the entire land covering the eroded surface of the Prairie Creek Kimberlite Pipe, was acquired by two rival companies, the Arkansas Diamond Company and the Ozark Diamond Mines Corporation. 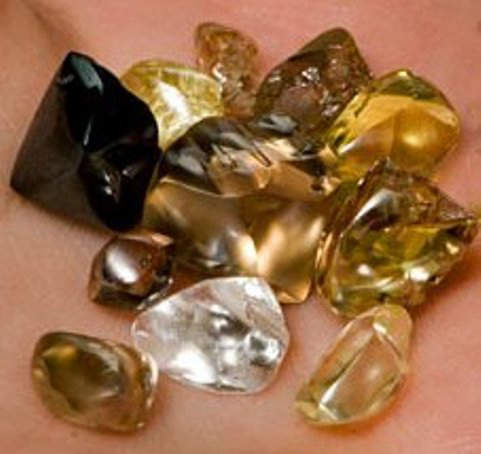 Some diamonds found at the Arkansas Crater of Diamonds State Park

The two companies engaged in sporadic mining activity, which was hampered by mismanagement, lack of finance, court cases and sabotage. Moreover it became apparent that the turn out of the mine was not sufficient to sustain the economic viability of the project. The diamonds produced were smaller in size, even though quality-wise they were comparatively of a higher grade, than normal. Besides, the added costs of processing the diamonds, would not provide sufficient returns at least to break even. The Argyle Diamond Mines in Western Australia, had faced a similar problem at the initial stages of its production. These mines had a enormous production of small brown diamonds, which were of a lesser quality than the Arkansas diamonds. Yet the companies that operated these mines were able to make the project economically viable, by going into a mutually beneficial partnership with Indian-based diamond processing factories to process their enormous production of small brown diamonds. While the companies got  their diamond processed at cheaper rates in India, where labor costs were cheap compared to the rates prevailing in Australia, the Indian diamond processing factories that were starved of rough diamonds to keep their factories running had an enormous supply of diamonds from Australia, which caused a boom in the diamond processing industry, and helped provide employment to the skilled craftsmen. Argyle markets its brown diamonds as champagne and cognac diamonds, and jewelry set with brown diamonds have become very popular.

The two companies that owned the vast 37-acre site decided to form a partnership in 1952, in order to develop the site as a tourist attraction. A novel suggestion to allow visitors to prospect for diamonds on their own manually, using simple tools, and for a nominal fee, allowing them to keep what they find, was adopted. The search area was known as the "Crater of Diamonds," and with aggressive advertising, the popularity of the site as a tourist attraction soared. Some of the well known diamonds found by tourists during this period are the 15.33-carat Star of Arkansas in 1956, the 6.43-carat Gary Moore diamond in 1960, and 34.25-carat Star of Murfreesboro in 1964. See table above.

The Crater of Diamonds was acquired by the Arkansas State Government in 1972, and developed as a State Park, known as the Crater of Diamonds State Park. The policy adopted by the previous owners of the site to allow visitors to prospect for diamonds for a nominal fee and keep what they find was continued. But facilities available to the visitors were expanded and new facilities were added, making the site one of the most popular tourist attractions in the nation. Facilities provided for visitors include, camp sites, picnic sites, cafe, standard pavilion with rest rooms, laundry, and gift shops, interpretive programs for park visitors, and hiking trails, and an aquatic play ground called the Diamond Springs. The interpretive programs instruct the visitors on the geology and history of the site, techniques of looking for diamonds, tips on identifying rough diamonds etc. Diamond mining tools are available for rent or purchase. Diamonds are identified and certified free-of-charge by the Diamond Discovery Center.

Today an average of 60,000 people visit the park each year, and an average of 600 diamonds are found every year. This works out to an average of about two diamonds  each day. Over 70,000 diamonds have been discovered in the area since 1906, out of which 25,000 were discovered after the site became a state-owned park. The largest diamond discovered after the crater became a state park in 1972, was the 16.37-carat white diamond the Amarillo Starlight found in 1975, which is the subject of this web page. At least 11 other diamonds weighing more than 6 carats have been discovered during this period. See table above. Three of the most famous diamonds discovered after 1972, are the 4.25-carat Khan Canary diamond, the 3.03-carat Strawn Wagner diamond and the 4.21-carat Okie Dokie diamond.

1) Crater of Diamonds State Park - From Wikipedia, the free encyclopedia

5) The Encyclopedia of Arkansas History and Culture - Crater of Diamonds State Park. encyclopediaofarkansas.net