The name "Blue Heart" seems to have been inspired by the rare deep blue color of the diamond and it's extraordinarily beautiful heart-shaped cut, that makes it perhaps the world's prettiest blue diamond. The "Blue Heart" diamond is sometimes known as the "Unzue" diamond, after the Argentinean woman Mrs. Unzue who owned the diamond for 43 years, having purchased it from Cartier's in 1910, two years after it's discovery. The diamond is also mistakenly referred to as the "Eugenie Blue," after Empress Eugenie of France, the empress consort of Napoleon III (1852-1870), but she could never have owned this diamond because it was discovered only in 1908. 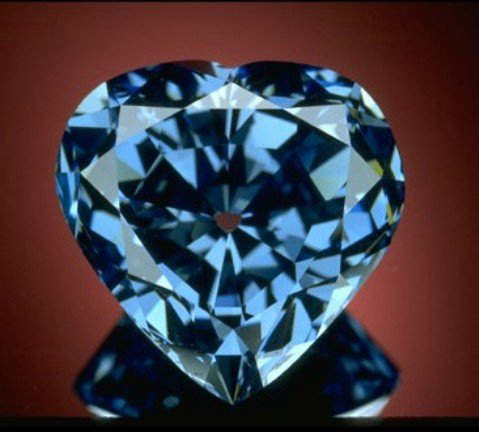 The Blue Heart Diamond is a rare Type IIb diamond

The Blue heart diamond is a rare Type IIb diamond, and all naturally colored blue diamonds belong to this group. However, the occurrence of these diamonds is much less than 0.1 % of all natural diamonds. Type II diamonds are nitrogen-free or contain undetectable quantities of nitrogen. 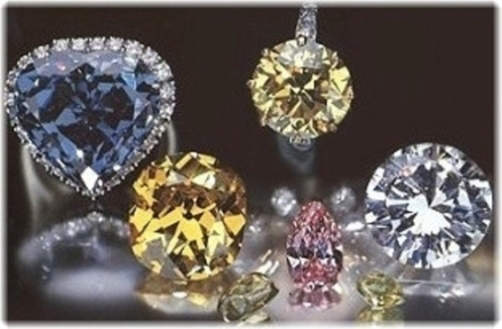 Previously the origin of the Blue Heart diamond was uncertain, and thought to be either India or South Africa, even though by the beginning of the 20th century, most of the historical diamond mines of the Eastern Deccan Plateau in India were already abandoned.

However, this mystery has been solved and more information about the diamond has been unearthed, thanks to the untiring efforts of the dedicated scientists of the Natural History Museum of the Smithsonian Institution, the present owners of the diamond. The researches went into the archives of De Beers, and unearthed evidence to show that the diamond was discovered in the Premier diamond mines of South Africa, in November, 1908, and the rough stone weighed 100.5 carats.

The "Blue Heart" diamond was earlier mistakenly referred to as the "Eugenie Blue" diamond, because of the misconceived notion, that the diamond once belonged, to Empress Eugenie of France, the Empress consort of Napoleon III (1852-1870). However,we now know for certain that Empress Eugenie, who reigned between 1852 and 1870, could never have owned this diamond, because it was discovered only in 1908.

The French Connection to the Blue Heart Diamond

The Blue Heart diamond certainly did not belong to Empress Eugenie of France, but undoubtedly there is  a French connection to this diamond, as the rough diamond was cut and polished, and transformed into it's modern heart-shaped form by the renowned French diamond cutting firm, Atanik Ekyanan of Neuilly, Paris between 1909 and 1910. The cut and polished diamond was sold in 1910 to Cartier's, who set the diamond in a "Lily of the Valley" corsage and sold it to an Argentinean woman Mrs. Unzue in 1911.

The Blue Heart Diamond is sometimes referred to as the "Unzue Diamond" as the Unzue family owned the diamond, until 1953

The diamond remained in the Unzue family for 42 years and hence the diamond is sometimes referred to as the "Unzue Diamond." In 1953, it was purchased by the jewelry firm Van Cleef & Arpels, who dismantled the corsage setting, and re-set the diamond in a pendant, surrounded by 25 colorless  or white diamonds. The pendant and the accompanying necklace was priced at US$ 300,000, and was sold to an unnamed European titled family. 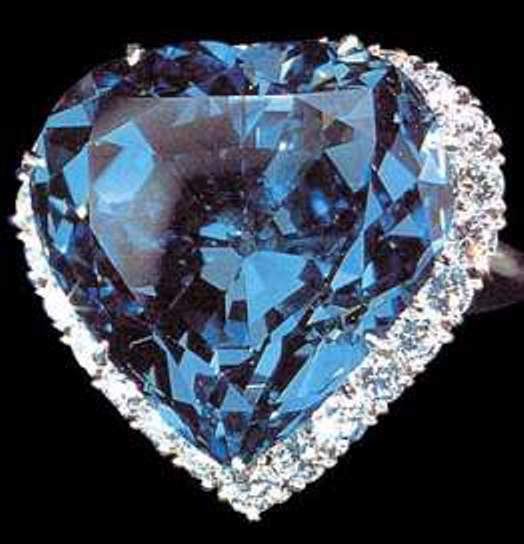 Harry Winston's setting of the Blue Heart diamond on a platinum ring, surrounded by 25 white diamonds.

Harry Winston's setting of the Blue Heart diamond on a platinum ring, surrounded by 25 white diamonds.

In 1959, Harry Winston acquired the diamond, and re-set it again in a platinum ring, surrounded by 25 colorless/white, round brilliant-cut diamonds and sold it to Marjorie Merriweather Post, the American socialite and founder of General Foods Inc., in 1960. 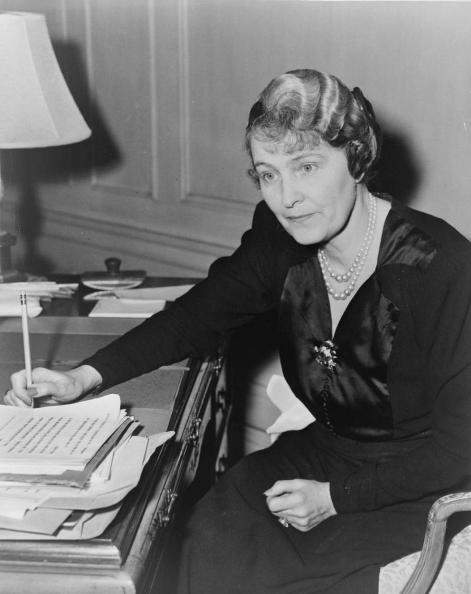 The diamond remained with Mrs. Post until the year 1964, when she finally decided to generously donate the rare blue diamond to the National Museum of Natural History of the Smithsonian Institution, at Washington DC, where it is on display in the Janet Annenberg Hooker Hall of Geology, Gems and Minerals. 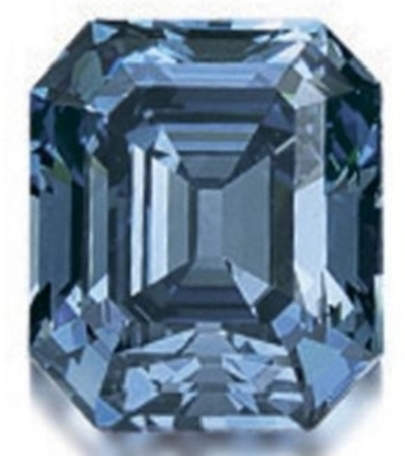 Natural blue diamonds surpass all other gemstones for their sheer beauty, and it is this uniqueness in their beauty combined with their rarity, that make them the most sought after diamonds by collectors and connoisseurs, around the world. The sale of a rare fancy vivid blue diamond weighing 6.04 carats at a Sotheby's auction in Hong Kong, on October 8, 2007, for a record-breaking price of 7.98 million, therefore comes as little surprise to those in the trade and the well informed. The $ 1.32 million per carat price of this diamond has broken the 20-year old world record, set by the Hancock Red (Halphen Red) diamond in 1987, which sold at $ 926,000 per carat. The diamond is reported to have been purchased by Moussaieff Jewelers of London, who in 2001 purchased another extremely rare 5.11-carat red diamond known as the "Red Shield," for an undisclosed amount, from the William Goldberg Corporation of New York. The Red Shield was subsequently re-named the "Moussaieff Red," which is the largest red diamond in the world.