The Blue Lili diamond gets its name from the wife of William Goldberg, the former President of the renowned William Goldberg Diamond Corporation of New York City, a company founded in 1973, that specializes in the cutting, polishing and sales of high-end large diamonds, fancy colored diamonds, and diamond jewelry. According to the company's website www.williamgoldberg.com, as William Goldberg was shaping the stone, the diamond's intense blue color and fiery character reminded him of someone close to his heart, his wife Lili. Hence, William Goldberg decided to name the processed blue diamond after his beloved wife, Lili. 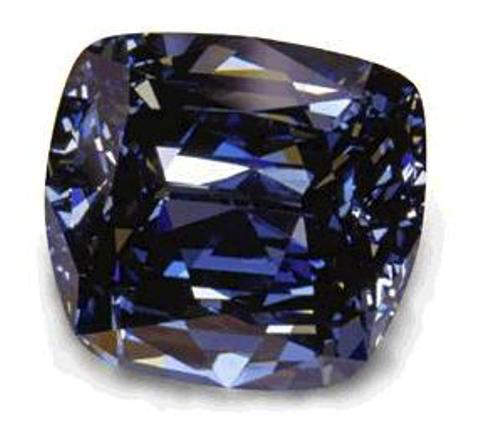 The Blue Lili diamond is a tapered cushion-cut diamond, also known as a trapezoid. The color grade of the diamond is fancy intense blue and the diamond has a weight of 30.06 carats.

The Blue Lili diamond occupies the 12th position in the list of famous blue diamonds given below.

As all other naturally colored blue diamonds, the Blue Lili diamond is also a Type IIb diamond, in which the blue color is caused by the presence of trace quantities of boron in the crystal structure of the diamond. These diamonds are nitrogen-free and therefore categorized as Type II, as opposed to Type I diamonds that contain nitrogen impurities. It is important to note that both boron and nitrogen have atomic sizes comparable to that of carbon, the element that constitutes the diamond crystal, and as such can be easily accommodated in the crystal structure. The presence of boron atoms in the crystal changes the absorption spectrum of the diamond producing the blue color. The diamonds also become semi-conducting.

Nothing is known about the early history of the diamond, such as the country and mine of origin, the date of discovery, the weight of the rough stone, etc. But, considering the color and size of the finished stone, undoubtedly it must have originated in the Premier diamond mines of South Africa, the only source of blue diamonds in the world, of significant size, in the 20th and 21st centuries. The diamond must have been purchased from De Beers by William Goldberg Diamond Corporation. The master cutters of the Goldberg Corporation, headed by Diamantaire William Goldberg himself, had made an extensive study of the rough stone and finally decided to cut and polish it into a tapered cushion-cut blue diamond of 30.06 carats, with a trapezoid shape, which was subsequently named the Blue Lili diamond.

The website of William Goldberg Diamond Corportion, www.williamgoldberg.com confirms that the country of origin of the Blue Lili diamond, is South Africa.

Born on December 22, 1925 in Brooklyn, New York City, William Goldberg started life as a diamond cutter in 1948, working for Harry Winston Inc. New York, where he mastered the finer aspects of the diamond cutting and polishing processes. The foundations of a life long association with the diamond industry was laid here. Goldberg had other interests besides diamond cutting. One such area that drew his attention was  dealing in the buying and selling of diamonds, and in 1952 he went into partnership with diamond cutter Irving Weiss to start the company Goldberg & Weiss. This company flourished in the 1950s and the 1960s, but in 1973, Goldberg decided to start his own business venture and formed the William Goldberg Diamond Corporation with offices situated along 48th Street in the diamond district of New York, and became a De Beers sightholder. 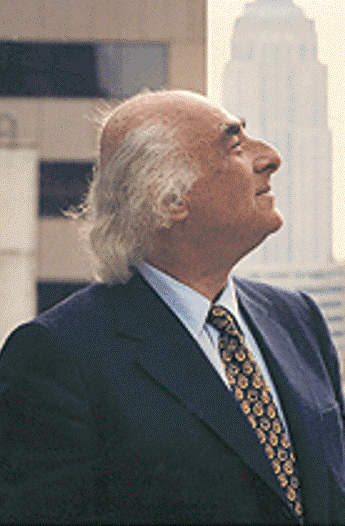 Some of the notable diamonds that passed through William Goldberg's hands

The company grew from strength to strength under his guidance and leadership, and became a well known and prestigious diamond company in the competitive diamond trade and industry. The company became well known for processing and selling high-end large diamonds, fancy colored diamonds, and diamond jewelry. It is said that some of the world's most notable diamonds passed through his hands, such as the 137.02-carat, D-color, internally flawless, pear-shaped, Premier Rose diamond; the 89-carat, D-color, internally flawless, shield-shaped Guinea Star diamond; the 5.11-carat, fancy red, internally flawless, trilliant-cut, Red Shield diamond, which subsequently came to be known as the Moussaieff Red diamond, the largest red diamond in the world; the 75.51-carat Briolette Diamond, certified by the GIA as the largest briolette-shaped, flawless diamond graded by them; the 8.9-carat, oval-shaped, fancy vivid pink, Pink Muse diamond; the 5.54-carat, fancy vivid orange, cushion-shaped Pumpkin diamond, the largest fancy vivid orange diamond in the world. 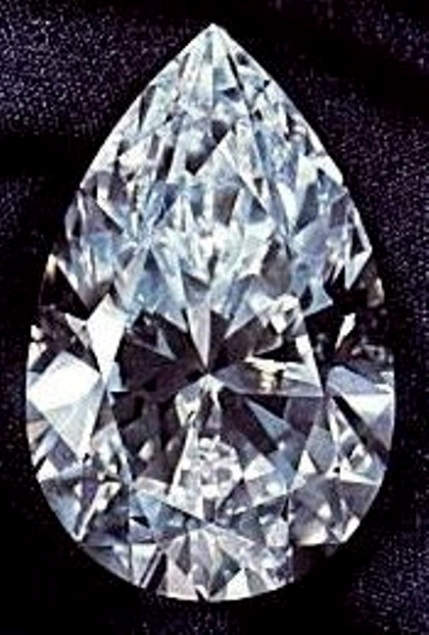 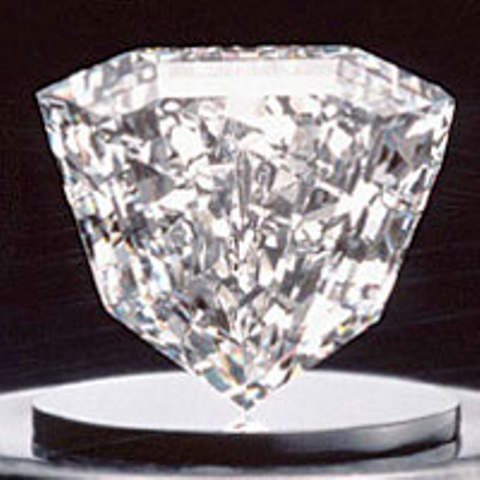 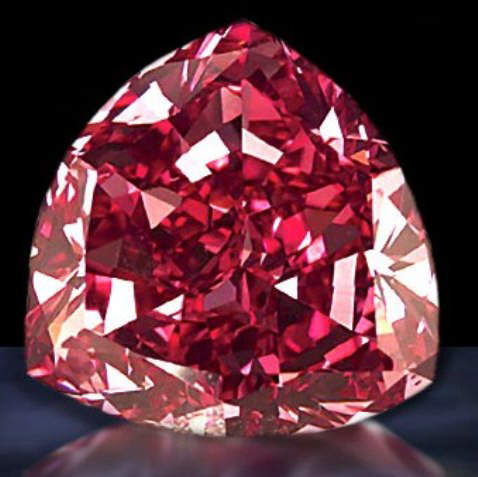 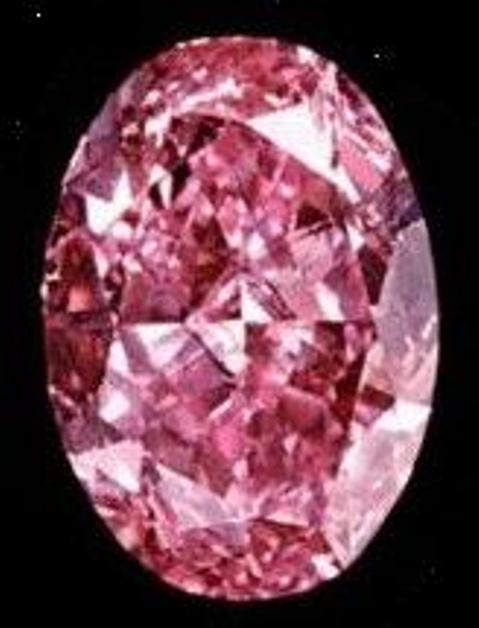 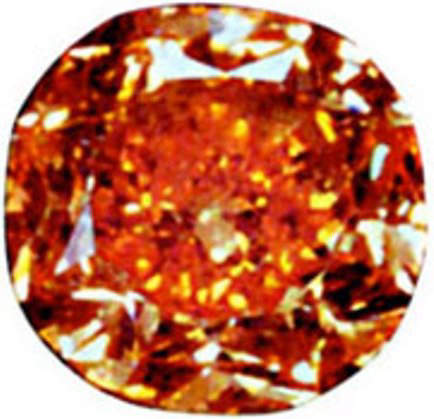 The Company's famous slogan, "The Magic is in the Make"

The cutters at William Goldberg Diamond Corporation were always guided by his well known maxim, "never maximize the weight of a stone at the expense of beauty." The well known example is the ruby-red, trilliant-cut, Moussaieff Red diamond processed by his corporation, which surpasses most fancy colored diamonds for it's sheer beauty. The company is also recognized by the world diamond community by it's famous slogan "The magic is in the make."

Re-creation of an ancient Indian diamond cut, known as the Ashoka-cut

William Goldberg is also credited with recreating an ancient Indian diamond cut known as the Ashoka-cut, based on the classical cut found  on the famous and historic D-color, internally flawless, 41.73 carat "Ashoka Diamond." The Diamond renowned for it's unique cut was mined in the historic diamond mines on the eastern Deccan Plateau of Southern India, and gets it's name from Ashoka Maurya, the warrior-emperor of India of the 3rd century B.C. who subsequently renounced violence and adopted Buddhism that preaches peace, harmony, respect, and compassion, as the guiding philosophy of his rule. The Sanskrit word "Ashoka" means the "act of removal of sorrow" and given the sublime meaning inherent in the word, and the fact that a diamond of Indian origin with an antique cushion-cut had previously been christened with that name, William Goldberg decided to revive this ancient cut, and adopt the name "Ashoka" as its marketing tool, which proved to be a great success. There is a great demand for jewelry incorporating Ashoka-cut diamonds, such as rings, earrings, bracelets, necklaces and also watches, but production is limited due to the scarcity of extra-long rough diamonds, that are needed to create this cut.

The William Goldberg Ashoka-cut, created by Saul Goldberg and other master-cutters working for William Goldberg Diamond Corporation, is actually a modified antique cushion-cut, usually employed on extra-long rough diamonds, with a rectangular girdle at either end, and rounded corners that capture and disperse light to create a strong brilliance. The diamond has no pavilion as other diamond cuts, but has a cubical-shaped body with elongated 4-sided and 3-sided facets, and two girdles and crowns at either end. Altogether, there are 62 facets in this modified antique cut diamond, that suits elongated rough diamonds. 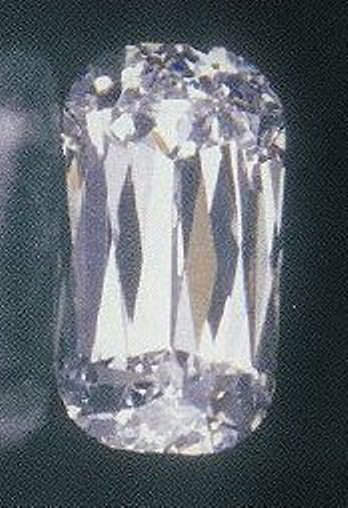 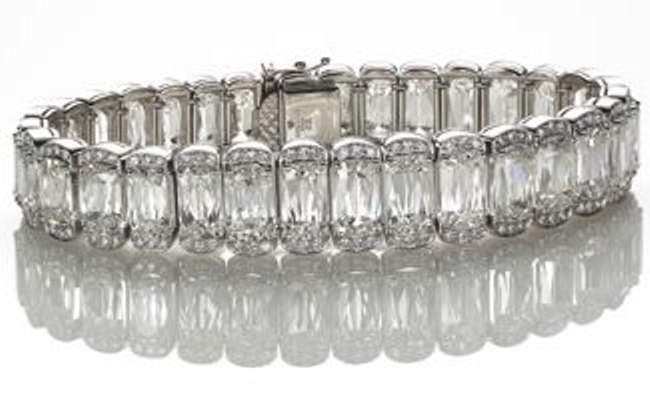 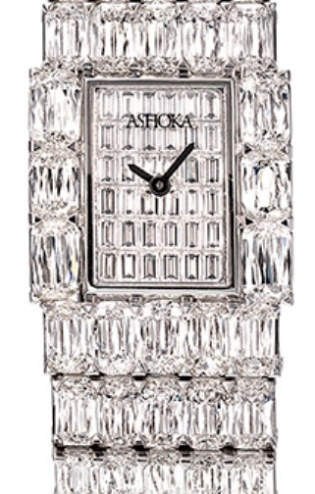 His contribution to the development of the diamond industry

William Goldberg made an immense contribution to the diamond industry, by setting the highest standards in his chosen field, worthy of emulation by all associated with the industry. He also motivated people to attain greater heights in their business. As President of the New York Diamond Dealers Club, between 1978 and 1984, he is credited for supporting women in the diamond industry, opening up the Dealers Club to the media, and making 48th Street a cleaner and safer business area. He is also well known as a philanthropist supporting many worthy causes. He had also supported the Gemological Institute of America (GIA), which has become an international benchmark in the world of precious stones and offers the best possible training in the field of gemology. After his death in October 2003, the Goldberg family had made a significant contribution to the GIA, in his memory, in support of student scholarships, and the students lounge at the GIA's New York  educational facility has been named after William Goldberg. New York City has designated 48th Street in Manhattan as "William Goldberg Way" in his honor. 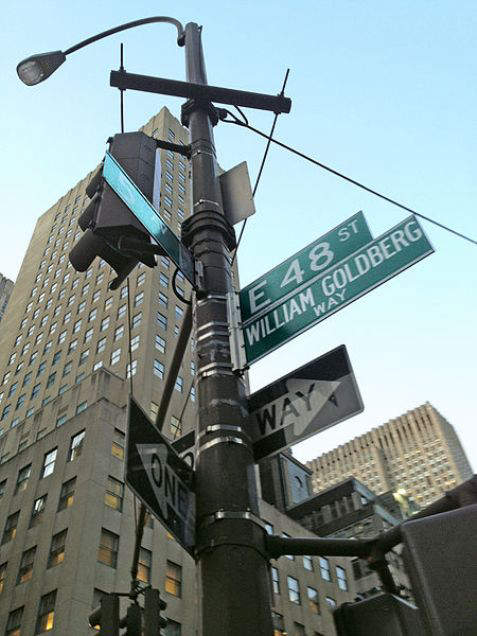