The Chloe diamond gets its name from the 12-year old daughter of Georges Marciano, the co-founder of the clothing company Guess Inc. producers of the internationally renowned Guess Jeans. Georges Marciano purchased the diamond at a Sotheby's magnificent jewels auction held in Geneva, Switzerland, on November 14, 2007, and decided to name the hitherto unnamed diamond after his 12-year old daughter. 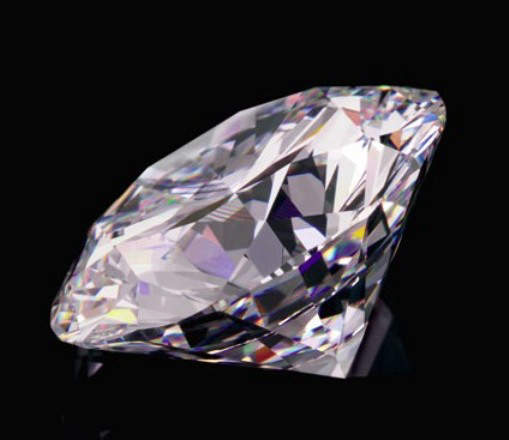 The 4Cs of the diamond. Chloe diamond is assigned Triple-X designation for its perfect cut, polish and symmetry

The Chloe diamond is a rare, D-color, brilliant-cut diamond with a weight of 84.37 carats, and an internally flawless clarity grade. D-color is the highest color grade for a white diamond which is equivalent to absolutely colorless. Besides the highest color and clarity grades given to the diamond by the Gemological Institute of America, it has also been assigned the "Triple X" designation, for the excellence of its cut, polish and symmetry. 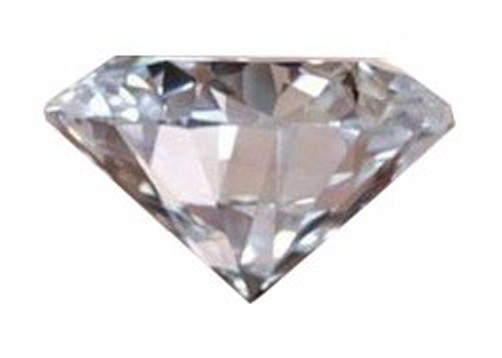 Chloe Diamond - Assigned Triple-X designation by GIA for the excellence of its cut, polish and symmetry

Being a D-color diamond the Chloe diamond is a Type IIa diamond, which are said to be the "purest of the pure" of all diamonds. The diamond is Type II because of the absence of nitrogen impurities  or presence of undetectable quantities of nitrogen impurities, in the crystal structure of the diamond. Type II diamonds constitute only about 1-2 % of all naturally occurring diamonds. Thus more than 98 % of diamonds are  nitrogen-containing Type I diamonds.

Type II diamonds that contain boron as impurities are known as Type IIb. Boron imparts a blue color to diamonds. However their occurrence is only about 0.1 % of naturally occurring diamonds. 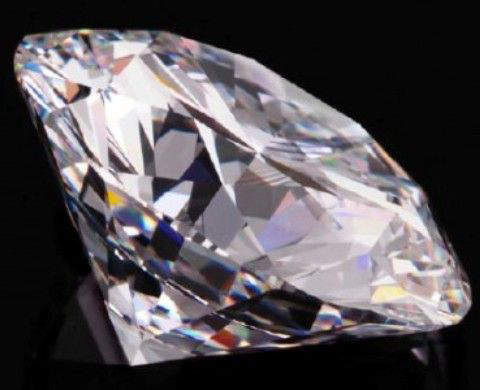 Diamond discovered in Angola in 2005 after the end of the civil war in 2002, and diamonds originating in Angola were reclassified as clean diamonds from its earlier notorious designation as "blood diamonds"

The diamond is of Angolan origin, probably discovered in the year 2005, from the alluvial diamond deposits of the northeastern part of the country. Diamonds originating in Angola had previously earned a notoriety as "blood diamonds" as they were responsible for fuelling the long drawn out civil war between the Government of Angola forces and the UNITA rebels. However with the end of the civil war and  restoration of peace in 2002, and the Government of Angola joining the Kimberley process, diamonds originating from Angola, and handled by the state-owned diamond company, are considered to be "clean diamonds." 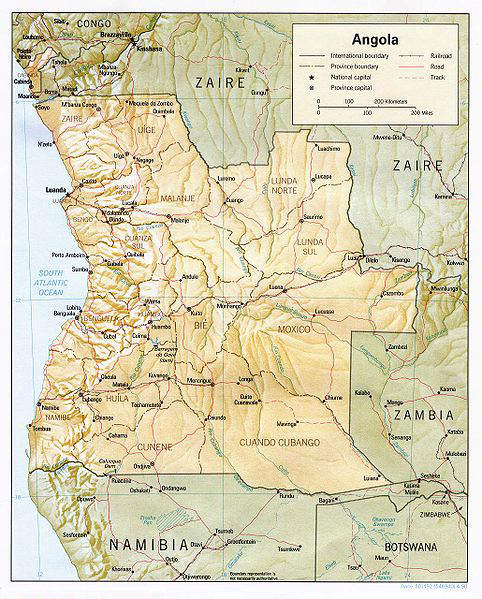 Map of Angola - Alluvial diamond mines and kimberlite pipes are found in the Lunda Norte Province of north-eastern Angola.

The Chloe diamond was purchased in the year 2005, by Ron Cohen - a Jewish diamond dealer who is the chief executive officer of the Los Angles based company Clean Diamonds Inc. - from the state-run diamond company of Angola, Endiama, the only legal seller of diamonds in Angola. The diamond had gone through the Kimberley process and had been certified as a clean diamond. Ron Cohen says that the name of his company "Clean Diamonds" signifies two important facts, viz. that his company deals only with Kimberley certified "clean diamonds" and that they only work with highest quality diamonds known in the industry as "clean" for their clarity and purity.

The Kimberley Process (KP) is a joint governments, industry and civil society initiative to stem the flow of conflict diamonds  rough diamonds used by rebel movements to finance wars against legitimate governments. https://www.kimberleyprocess.com

Later History of the diamond

Cutting of the diamond resulted in an enormous loss of 77% of the rough weight of the diamond, but the resultant 84.37-carat round brilliant-cut Triple-X diamond, one of the best of its kind in the world, more than compensated for this loss

The rough diamond weighed 365 carats, and according to Cohen the diamond was large enough to cover his entire palm. He examined the rough diamond and was convinced that it was a gem-quality diamond. Having purchased the diamond, Cohen  made a detailed study of the stone that took him more than an year, to decide on the best way to cut it. Finally he decided that the round brilliant was the ideal way to cut the stone, and eventually got the job executed in Antwerp, Belgium. When the processing of the diamond was complete it weighed only 84.37 carats, resulting in an enormous loss of 280.63 carats, equivalent to 77 %. Such enormous losses are usually encountered in the creation of round brilliant diamonds, and the Chloe was no exception. In any case Cohen's decision to go in for a brilliant-cut sacrificing quantity for the sake of quality, was vindicated, when the GIA awarded a "Triple X" designation for the diamond, in view of the excellence of its cut, polish and symmetry.

"It's a very rare diamond," said Ziad Al-Ahmadi, a rough diamond dealer and co-founder of Matrix Diamond Technology, in Antwerp, Belgium. "The only other stone of around that size and quality I know of was a 90.97-carat stone, the Icon/Safia diamond, a Graff diamond cut a few years ago, and it could well be that there are only two or three round-shaped polished diamonds of this size and quality in existence. 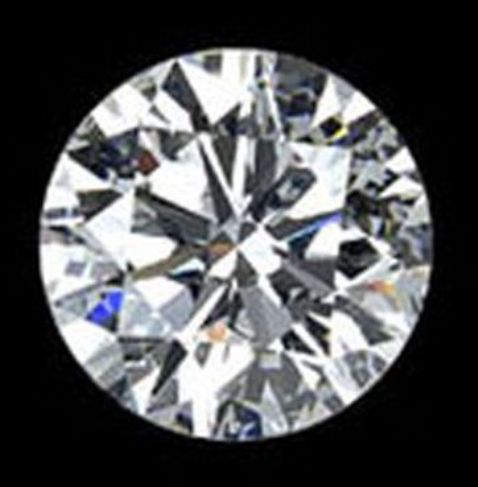 90.97-carat Icon/Safiya Diamond - Largest D-color Flawless Round brilliant-cut diamond in the world in the year 2000

Today, the world's largest, D-color, flawless, round brilliant-cut diamond is the 102.79-carat Graff Constellation diamond, the main satellite diamond cut from the 478-carat Light of Letseng (Leseli La Letseng) rough diamond, by the highly skilled team of engineers and polishers of Diamcad (Diamond Computer-Aided Design) - a technology driven highly innovative diamond processing company, based in Antwerp, Belgium - and commissioned by SAFDICO (South African Diamond Corporation), a subsidiary and manufacturing arm of Graff Diamonds, who were owners of the diamond. The Graff Constellation, the world's first round-brilliant, D-color, flawless diamond to exceed 100 carats in weight, was unveiled by Laurence Graff in the year 2010, and became the world's largest, D-color, internally flawless, round brilliant-cut diamond, pushing the 90.97-carat Icon/Safiya Diamond, which occupied this position from the year 2000 to 2010, to second place. 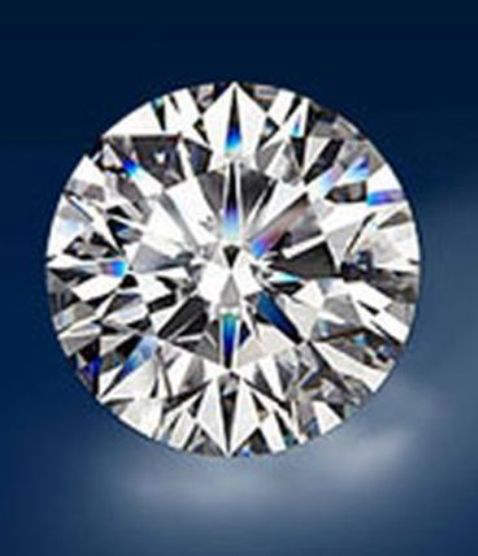 Sale of the diamond - The successful bid for the diamond was placed by telephone by Georges Marciano, the co-founder of Guess Jeans.

Having completed the cutting of the diamond, Mr. Cohen decided to consign it with Sotheby's with the sole intention of providing an international exposure to the rare gem, which only a renowned auction house like Sotheby's would be able to achieve. The diamond was showcased by Sotheby's in many cities around the world, such as London, Paris, New York, Los Angeles, Rome, Dubai, Bahrain and Hong Kong, before the Sotheby's Magnificent Jewels auction held in Geneva on November 14, 2007. The diamond was highly acclaimed in all these cities for its exceptional characteristics, such as color, clarity, cut, polish, symmetry, and carat weight. Eventually, when the actual sale took place in Geneva's historic Beau Rivage Hotel, the auction room was packed with around 300 diamond dealers, connoisseurs, collectors, and jewelry manufacturers. The estimated value placed on the diamond before the auction was between US$ 13.3 million and US$ 17.8 million. The bidding for the diamond was strong and competitive, with two buyers bidding hard at the end, one of whom was bidding by telephone from California. The winning bid was made by telephone from Beverly Hills, California, by Georges Marciano, the co-founder of Guess Jeans. 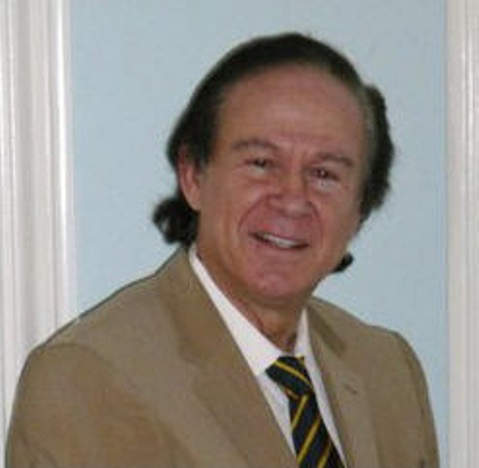 Georges Marciano says that after he saw a news spot on the CNN about the diamond, he was captivated. This provided the incentive for him to make an attempt to own it, when it came up for auction on November 14th, 2007. Ron Cohen the owner of the diamond, deliberately refrained from giving a name or even a nick name for the diamond, and passed on the privilege of naming the diamond to its prospective buyer. Accordingly, Georges Marciano baptized the diamond "Chloe Diamond" in honor of his 12-year old daughter. 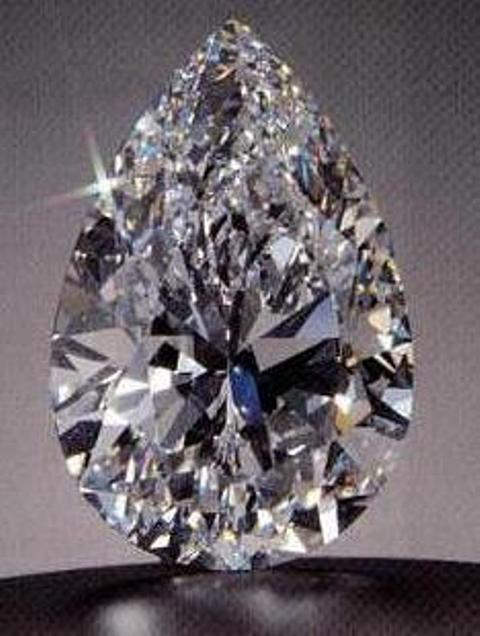 100.1-carat, D-color, pear-shaped, internally flawless,  Star of the Season diamond - the most expensive jewel ever auctioned as of year 1995

David Bennett, chairman of Jewelry at Sotheby's Europe and Middle East division, told reporters after conducting the sale, "It's just a whisker under the world record. This stone had the ability to take my breath away. It really is the paradigm of a diamond- the essence of bling." He further stated that, "the results achieved tonight for the Chloe diamond is one of the highlights of my career. It has been a privilege to work on the marketing and sale of this magnificent stone, which ranks among the most beautiful diamonds I have ever seen."

Ron Cohen, the seller of the diamond, said, "I am absolutely delighted with the fantastic results achieved tonight by Sotheby's for this phenomenal, 84.37-carat stone. Having taken over two years to plan and cut the stone, I decided to consign it with Sotheby's for the amount of exposure that I was confident the auction house will be able to provide internationally. Tonight's sale price has vindicated my decision." He further said, "I congratulate Georges Marciano for his purchase and wish him all the best with the stone." Cohen is pleased that Marciano bought the stone, and that he named it after his daughter. The two spoke by phone shortly after the sale. "It's funny, we both live in Beverly Hills but we went to Geneva for this ! We talked and said we're going to drink some champagne together this week, to celebrate."

Total sales achieved at the auction

3) Star of the Season Diamond

1) How does the Kimberley Process work? www.kimberleyprocess.com

4) How does the Kimberley Process work? - www.kimberleyprocess.com