The original owners of the "Deepdene Diamond," Mr. & Mrs. Cary W. Bok of Pennsylvania State, U.S.A. owned an estate in Pennsylvania known as the Deepdene Estate, from which the diamond derives its name.

The Deepdene diamond is a 104.52 carat, fancy vivid yellow, antique cushion brilliant-cut diamond with a clarity grade of VVS-1 (very very slightly included). The diamond originally weighed 104.88 carats and was mounted on a diamond clip. The diamond was purchased from Cary W. Bok by Harry Winston in 1954, and reset in a necklace and sold the following year to Mrs. Eleanor Loder of Canada. The diamond was eventually sold to a London firm in 1960 and subsequently acquired by a German owner. The diamond finally appeared at a Christie's auction in Geneva on May 27, 1971. Between 1955 and 1971, the diamond appears to have been slightly recut to its present weight of 104.52 carats, with a loss of 0.36 carats. The significance of this slight recutting will be discussed later.

Being identified in 1971 as an artificially irradiated diamond, the Deepdene that is believed to have been mined in South Africa in the 1890s, had an original color characteristic of the Cape series of diamonds, with a pale to medium yellow to brown color, and probably would have been initially a Type Ia diamond, with nitrogen atoms associated as groups of 2, 4 or 3 (N3-centers) atoms. However, when the diamond was subjected to radiation treatment probably by neutron bombardment, some of the groups of nitrogen atoms were scattered as single atoms, which imparted the intense yellow color to the diamond, thus converting it to a Type Ib diamond. Thus the Deepdene is a nitrogen-containing, irradiated, color-enhanced, Type 1b diamond.

The Deepdene diamond is the largest irradiated diamond in the world

The Deepdene diamond has acquired the infamous title of being the largest irradiated diamond in the world, and has achieved the status of an "outcast" in the world of famous diamonds, to the extent that even it's current whereabouts remain uncertain.

Nevertheless, the story of the Deepdene is so fascinating, that it is still worthwhile repeating it, for the sake of all lovers of diamonds and connoisseurs around the world.

The Deepdene rough diamond was mined in the diamond mines of South Africa, belonging to De Beers Consolidated Mines Ltd. in the 1890s. Mr. & Mrs. Cary W. Bok of Pennsylvania State, U.S.A. purchased the diamond from the Los Angeles diamond dealer Martin Ehrmann. The Boks named the diamond after their estate in Pennsylvania known as the Deepdene Estate. The original weight of the Deepdene after cutting and polishing was 104.88 carats and the stone was mounted on a diamond clip. Martin Ehrmann was a pioneer gemologist who conducted a series of early experiments in diamond irradiation. However, there is no evidence to show that Ehrmann was involved in the irradiation treatment of the Deepdene diamond.

Changes in ownership of the Deepdene diamond

The Boks disposed of the Deepdene in 1954, and was purchased by Mr. Harry Winston, who set the diamond in a necklace and sold it in 1955 to Mrs. Eleanor Loder of Canada. The diamond eventually found it's way to a firm in London in 1960, and was finally acquired by it's German owner.

The Deepdene diamond is put up for sale at a Christie's auction in Geneva in 1971, and certified as natural by two gem-testing laboratories in Germany

The German owner of the diamond put up the Deepdene for sale on May 27th, 1971, at a Christie's auction, held in Geneva. Christie's auction house advertised the gem as a 104.52 carat, fancy golden-yellow diamond. The Clarity of the stone was given as VVS-1, which is only slightly less than the internally flawless clarity grade. The VVS-1 grading was probably due to two very small imperfections near the girdle of the stone. The color grading of the diamond was fancy vivid yellow, which is the highest grading for any color. The super grade color of the diamond was guaranteed natural by both the Gemological Institute of Germany and the University of Mainz, in Germany. 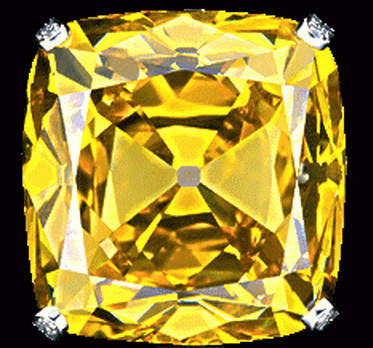 Dr. Edward Gubelin, the renowned Gemologist discovers that the Deepdene is an irradiated diamond and alerts Christie's about the dubious nature of the diamond

However, Dr. Edward Gubelin, a renowned scientist and gemologist from Geneva, who had a keen eye and a wealth of experience in examining gems, and was quite adept at recognizing artificially colored diamonds, had the opportunity to inspect the diamond before the auction took place. To his utter dismay, Dr. Edward Gubelin, discovered that the Deepdene had been irradiated, most probably by neutron bombardment. Dr Gubelin immediately warned Christie's and any buyer who was prepared to listen to him, about the dubious nature of the stone. 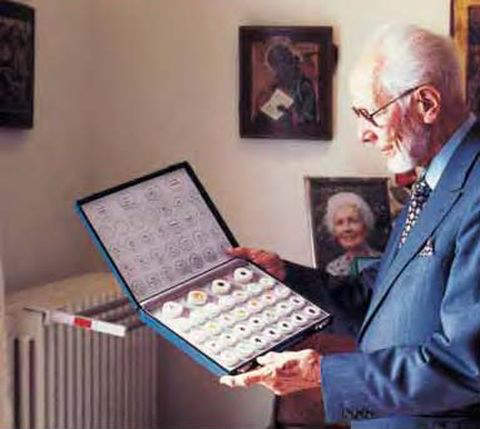 Dr. Gubelin, the pioneering Swiss gemologist looking at a set of gems from his personal collection

However, despite Dr. Gubelin's warning Christie's allowed the sale to continue, with the recommendation that the prospective buyer examines the diamond at a different laboratory. 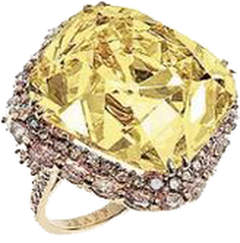 The jewelers Van Cleef & Arpels  purchased the diamond for  a   sum   of  £190,000 at the auction. The company decided to send the Deepdene to a renowned gem testing laboratory in London, in the United Kingdom. The director of the lab, a pioneer gemologist, Basil Anderson, was assigned the task of verifying the credentials of the Deepdene. Dr. Anderson subjected the diamond to spectral analysis, and the results confirmed the initial findings of Dr. Edward Gubelin. The diamond was again sent to another laboratory in New York for a second opinion, and was tested by Dr. Robert Crowningshield who confirmed both Dr. Anderson's and Dr. Gubelin's findings. 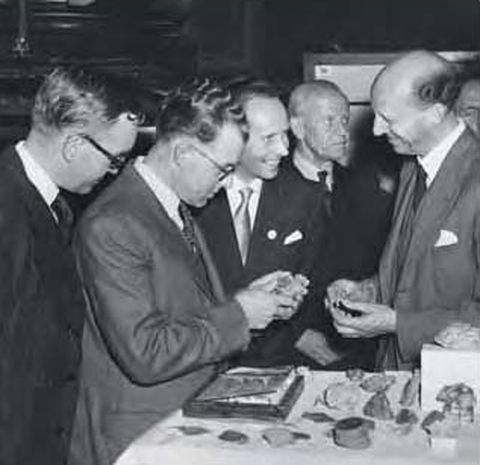 Dr. Gubelin and B.W.Anderson seen in a lighthearted exchange at the 1951 BIBOA (Office for International Jewelry, Gold and Silverware) Congress in London

Van Cleef & Arpels return the diamond to Christie's for a refund. The present whereabouts of the diamond is unknown

The need for a slight recutting of the diamond

After 1955, the Deepdene diamond appeared to have undergone two significant changes. 1) The color of the diamond had become more intense yellow and attained the highest grading of fancy intense yellow. 2) The diamond had been slightly recut from 104.88 carats to 104.52 carats, with a loss in weight of 0.36 carats.

The enhancement of the color was shown to be caused by irradiation, probably by neutron bombardment. However, what was the need for a slight recutting of the diamond? Gemologists have speculated that the recutting was done deliberately in order to remove a characteristic pattern of darkening around the culet caused by irradiation. This was a common telltale mark of early irradiated diamonds, not occurring in modern irradiated diamonds due to improved techniques, that had to be removed to conceal the fact that the diamond was irradiated. This explains the slight recutting of the diamond in the culet region with a loss of 0.36 carats. 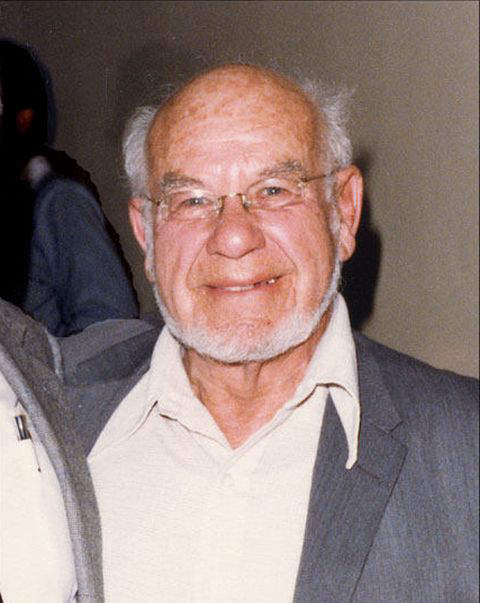 When exactly was the Deepdene diamond irradiated ?

According to available literature, sometime in 1955, the unidentified owner of the diamond, commissioned Dr. Frederick Pough, a recognized authority on diamond irradiation, to cyclotron irradiate and anneal the diamond to intensify its yellow color. Dr. Pough was a recognized authority on the subject and had just published a research article on diamond irradiation in Jeweler's Circular Keystone (JCK) Magazine in 1954. After the successful irradiation treatment, the diamond was slightly repolished to remove obvious signs of treatment, specifically the umbrella effect. Dr. Pough had signed a confidentiality agreement with the party who had commissioned the treatment, which prevented him from going public at the time the diamond was discovered to be treated by renowned gemologists like Dr. Edward Gubelin, Basil Anderson and Robert Crowningshield in 1971.

It was in the year 1988, that Dr. Pough finally confirmed publicly that he had irradiated the stone. Dr. Pough had been aware of the controversy surrounding the stone, eversince it was detected to be irradiated by Dr. Gubelin in 1971. He confirmed this in an interview granted to GIA Library Director Dona Dirlam in 2004, in which he described how he was contacted shortly after Dr. Gubelin's examination of the diamond in 1971, and how he confirmed to Dr. Gubelin that he had irradiated the stone. It was only a confidentiality agreement with the party who had commissioned the treatment that prevented him from going public at that time.

The Deepdene comes up for sale again in 1997, with full disclosure of its previous treatment

After the controversial sale of the Deepdene in 1971, and the cancellation of the sale following the detection of the irradiation treatment to which the diamond had been subjected in 1955, the owners of the diamond put it up for sale again in 1997, but this time with full disclosure of the treatment. The diamond was successfully sold to Laurence Graff, the "King of Diamonds" for US$ 715,320. 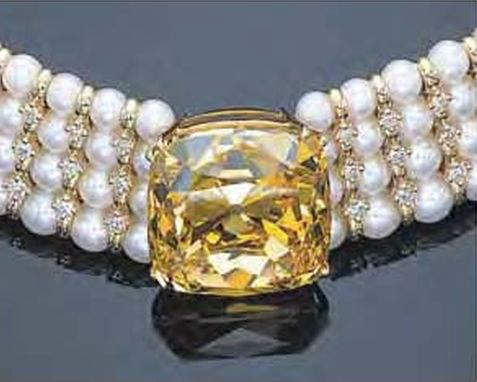 The present whereabouts of the Deepdene diamond ?

After Laurence Graff purchased the Deepdene diamond in 1997 its whereabouts are again uncertain. It is not known whether Graff Diamonds had disposed of the controversial diamond or are still holding it among their collections. However, some websites have reported that the diamond is now part of the collection of the Philadelphia Science Museum, but does not go into details as to how the museum acquired the diamond.