One should be careful when using the term 'diamond cut' as gemmologists use this term to refer to the proportions of the diamond such as width, depth and symmetry of the facets. In other words it refers to the quality of the 'cutting & polishing' of the diamond which is covered in my article Cut of a Diamond.

Only when a diamond is cut the spectacular beauty, is reveiled by the interaction of light with the diamond.

Classification of Diamond Cuts by the GIA (Gemmological Institute of America) and introduction to the different types of diamond cuts.

Diamond cuts are categorized into three basic categories by the GIA based on the shape and arrangements of the facets:

Let us have a closer look at each of these categories of diamond cuts:

i) Round Brilliant Cut 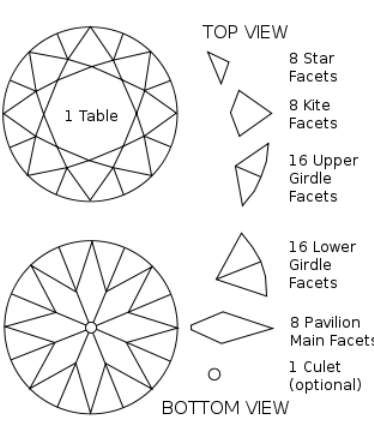 The Facets on a Round Brilliant Cut Diamond 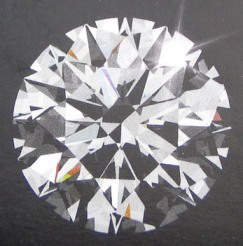 A round brilliant cut diamond (Top or table view)

The modern round brilliant cut diamond has 58 facets (including the culet facet). The multiple radiating facets enhances the sparkle of a diamond. 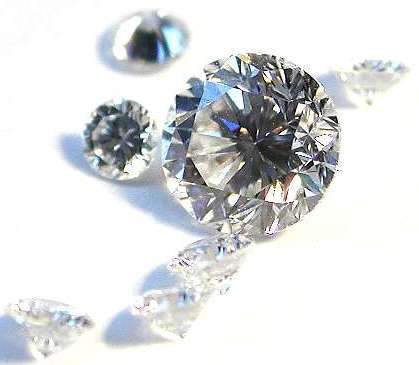 3.02 carat round brilliant cut diamond set in a platinum engagement ring (Note the two baguette diamonds on either side.

Is a square shaped or rectangular shaped cut with many facets. The princess cut needs a greater depth percentage eg 70 to 78% to maximize brilliance. It is the second most popular cut shape for diamonds created more recently in the 1960's. The first princess cut was introduced by Arpad Nagy a London based cutter in 1961.

When a princess cut diamond is set in an engagement ring, the four corners should be protected as they may chip. 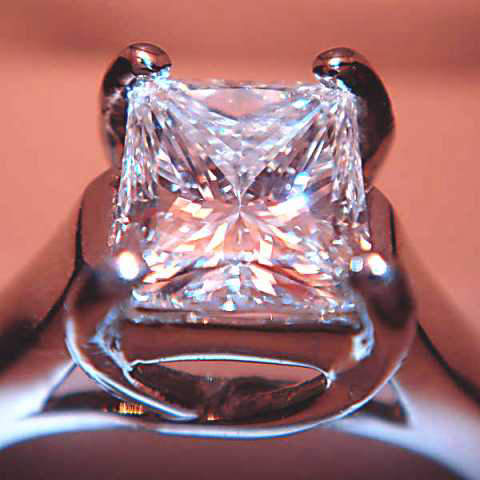 A princess cut diamond set in an engagement ring

The Gemmological Institute of America (GIA) does not grade princess cut for cut, stating that there is not enough industry consensus or empirical data to specify cut grading standards for Princess cut diamonds. The Accredited Gem Appraisers (AGA), American Gem Society Laboratory (AGSL) and European Gem Laboratories-USA (EGL-USA) are the only laboratories that grade the princess cut for cut.

Step cut diamonds come as square or rectangular outlines. The facets on a step cut run as concentric broad, flat planes which resemble steps.The facets run parallel to the girdle of the diamond.

The total number of cuts on a step cut diamond are less than in a brilliant cut diamond.

An important disadvantage of a step cut diamond is that inclusions, inferior color and internal flaws appear more obviously than in other types of diamond cuts.

This is a mixture of both step and brilliant cut techniques of gem cutting. Mixed cuts are usually used for colored gemstones.

Diamond cutting has a history of over 700 years (Since the middle ages). However prior to this diamonds were enjoyed in their natural octahedral state. Poorly formed, less symmetrical diamonds were not used in jewelry.

Since ancient times, craftsmen have tried to improve its beauty. At first it seemed like an impossible task, because it was so hard that conventional cutting tools could not be used to cut them. Progress was made only after discovering that a diamond could cut another diamond.

Polishing of the natural octahedral crystal to create unblemished facets was the first form of improvement. The first gem cutting machines were available during the 1300's. A diamond cutter/ polisher is known as a "diamantaire".

The Point Cut (See above) was among the earliest types of diamond cuts during the early 1300's. It was shaped according to the natural octagonal diamond crystal. The point cut was later improved by by cutting part of the upper half of a point cut diamond to give the 'Table Cut Diamond' (See below). The table cut was popular during the mid 15th Century. 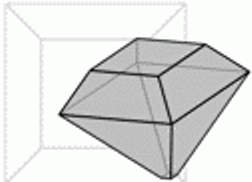 The single cut, also known as the old single cut or old eigth cut (See below) has additional facets in the corner. The corner facets creates an octagonal table, octagonal girdle and eight crown and pavilion facets. Sometimes the single cut has a culet at the bottom. 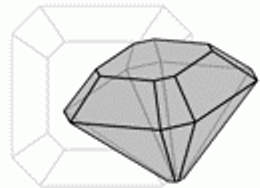 The early brilliant cuts were introduced in the middle of the 17th Century, called the Mazarins or double-cut brilliants (see below). The Mazarin cut has 17 facets in the crown. 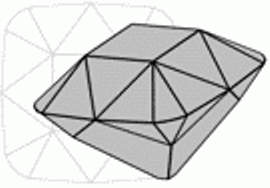 The Peruzzi Diamond Cut was introduced by Vincent Peruzzi, a diamond polisher from Venice. The Peruzzi diamond cut has 33 crown facets. It is also known as triple cut. This increased the fire and brilliance of the diamond. However because 'bruting' was not yet developed these early brilliants were all rounded squares or rectangles in cross-section (rather than circular). When compared to modern brilliant diamonds the peruzzi diamonds appear dull. 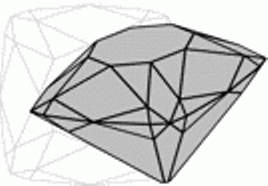 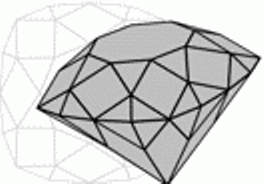 The rose cut was invented in the mid 16th Century. The rose cut may have 12 or 24 facets (single hemisphere) or 48 facets (back to back hemisphere). The senaille cut diamond is a rose cut with irregular facets. The rose cut is still in use for small diamonds (melee diamonds).

The briolette cut (see below) is also a modified rose cut diamond with one hemisphere elongated.

The old mine cut diamond (see below) introduced in the 1700's is a cushion cut. It is square with gently rounded corners. It also has a small table, a tall crown and a large culet. 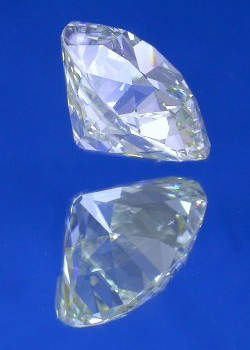 Back to Dr Shihaan's Guide to Buying Diamonds and Jewelry