The Florentine diamond gets its name from the city of Florence (Latin Florentia), the renowned and historic city, situated 230 Km northwest of Rome, which had been the seat of the Duchy of Tuscany (1537-1860), ruled by several generations of the Medici Family, and was once the Capital of Italy for a short period (1865-71). Among the most famous citizens of this great city are Leonardo da Vinci, Michelangelo, Dante, Machiavelli, and Galileo. The diamond had been with the Medici Family from the late 16th century up to 1737, when it passed to the Hapsburgs of Austria, and became part of the Austrian Crown Jewels.

The Florentine diamond also had several alternative names, such as the Tuscan, the Grand Duke of Tuscany, the Austrian diamond, and the Austrian Yellow Brilliant. 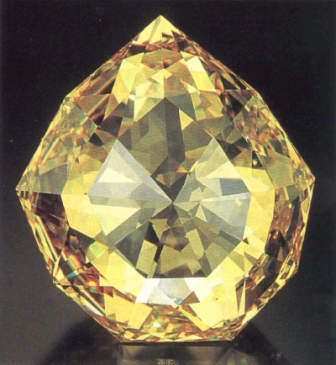 A cubic zirconium replica of the Florentine diamond by Scott Sucher

The Florentine diamond had a pale yellow color, with a slightly green overtone and weighed 137.27 carats. The diamond was an irregular, 9-sided double rose-cut  stone, with a shield shape and having 126 facets. A double rose-cut is a modified briolette with a girdle.

Photograph of the last known setting of the Florentine diamond in a hat ornament.

The Florentine diamond occupies the 5th position in the table given below. In this list of famous yellow diamonds there are only two diamonds of Indian origin, the Florentine, and the Shah diamond. The remaining diamonds are of African Origin, mainly South Africa, and countries like the Democratic Republic of Congo (Zaire). This is not an accident, but just a confirmation of the fact that Indian diamonds were of superior quality, and the occurrence of yellow diamonds in India, was very rare. Yellow and brown diamonds came to the forefront only after the discovery of the Cape series of diamonds in South Africa.

The Florentine diamond, being a pale yellow diamond is most probably a Type IaAB diamond, in which the yellow color is caused by groups of three nitrogen atoms known as N3 centers, found in the crystal structure of the diamond. Groups of even numbers of nitrogen atoms, such as two atoms (A-aggregate) and Four atoms (B-aggregates), occur together with N3 centers, but do not affect the color of the diamond. N3 centers absorb visible light in the blue region of the spectrum, and causes the complementary color of blue, which is yellow color, to appear. N3 centers can impart a yellow color, ranging from pale to medium yellow, depending on the concentration of these centers. 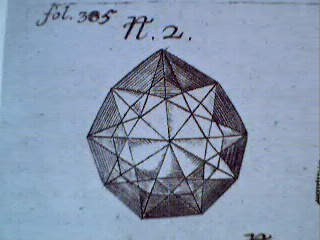 Thus there is no dispute about the origin of this diamond. The diamond is definitely of Indian origin. There is also no dispute that the diamond became the property of the Medici Family, during the reign of Ferdinando I de Medici, the 3rd Grand Duke of Tuscany (1587-1609). But controversy arises as to how the stone left the shores of India and eventually became part of the Medici treasury at Florence. 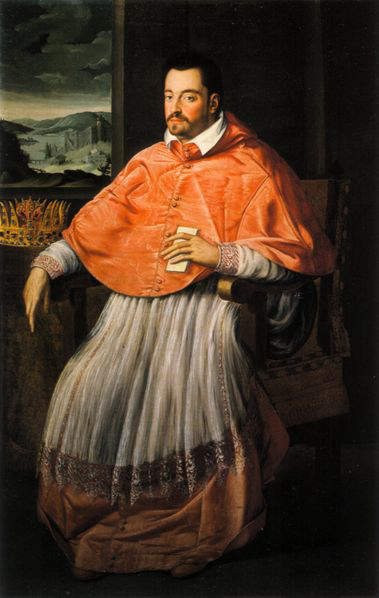 According to one version, the Portuguese Governor of Goa, Ludovico Castro, Count of Montesanto, acquired the rough stone from the King of Vijayanagar in Southern India, after his troops attacked and defeated the King's troops in the late 16th century. The diamond found it's way to Rome, where it was entrusted to the custody of Jesuits. Ferdinando I de Medici, was interested in purchasing the rough diamond, and he initiated negotiations with the members of the Castro-Noranha family. After protracted negotiations the Grand Duke of Tuscany succeeded in purchasing the stone for 35,000 Portuguese scudi crocati. 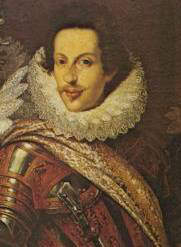 Cosimo II succeeded his father Ferdinando I de Medici, as the 4th Grand Duke of Tuscany in 1609. He also inherited the rough diamond purchased by his father, and he entrusted a Venetian cutter Pompeo Studentoli, with the task of cutting the diamond. After the completion of the cutting and polishing, the finished gem was delivered to the Duke on October 10, 1615. An inventory drawn up on Cosimo IIs death, confirms the acquisition of the  rough diamond by Ferdinand, and describes the gem as faceted on both sides, and encircled by a diamond encrusted band.

According to an alternate version, the rough stone which somehow left the shores of India, was purchased by Charles the Bold, Duke of Burgundy (1467 to 1477). This is about a 100 years before the alleged acquisition of the stone by Ludovico Castro, the Portuguese Governor of Goa, in the earlier version. Charles entrusted the cutting of the stone to Lodewyk van Berken. Charles the Bold wore the diamond as a pendant to a chain, around his neck. Charles had the habit of wearing the diamond, whenever he went out on his military campaigns, which invariably resulted in victory for his army. 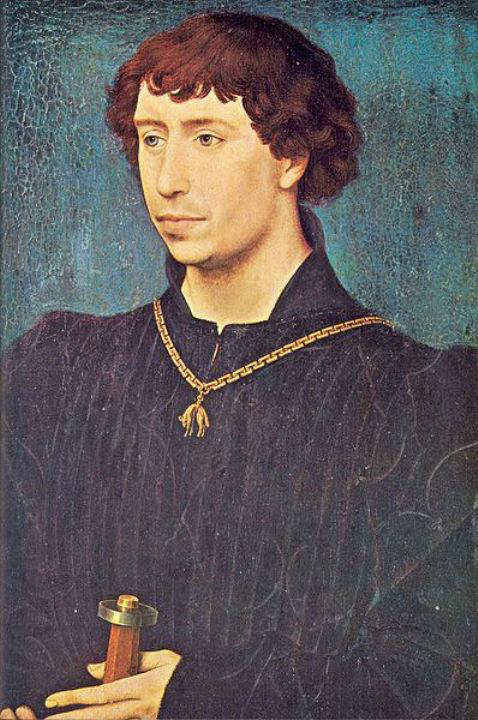 A brilliant and ambitious soldier, Charles was determined to make Burgundy, independent of France, and try to make it a Kingdom if possible. He fought many successful battles up to 1474, and was able to extend the territorial boundaries of Burgundy, and free the territory from French control. Charles' alliance with King Edward IV of England, whose sister he married in 1468, gave an added boost to his military successes. He subdued Luxembourg, Netherlands, and other smaller territories, in his ambition to extend his territories a far as the Rhine. But failure came when he tried to subdue Cologne and the Swiss Cantons. His misfortune came with a shift in the alliances, which saw King Edward IV aligned with his enemy, King Louis XI of France. A coalition of the Swiss, Austria, and Lorraine was determined to stop Charles and was supported by Louis XI of France. Charles was defeated by the Swiss at the Battle of Granson and Morat in 1476, and on Jan 5, 1477, at the battle of Nancy, Charles himself was killed.

After Charles was killed, a peasant or foot soldier found the diamond on the Duke's person, and thinking it was apiece of glass, sold it for a florin (local currency of Florence, which was once a world monetary standard) to Bartholomew May, a citizen of Berne, who in turn sold it to a Genoese. Ludovico Sforza purchased the diamond from the Genoese. Eventually the Florentine diamond seems to have been acquired by the great financier, Jacob Fugger, who was also reported to have purchased the Sancy and the "three brothers jewel", belonging to Charles the Bold, from the Bishop of Basel, in 1504. The Florentine diamond then passed through several hands, including possibly Pope Julius II, until it was purchased by Ferdinando I de Medici, the 3rd Duke of Tuscany.

Cosimo II died in 1621 and was succeeded by his son Fedinando II, who was just 10 years old. Ferdinand II's grandmother, Christine of Lorraine and his mother, Maria Magdalene of Austria, were nominated regents. Ferdinand II assumed the reins of government at the age of 17, in 1627, after completing his education in Rome and Vienna. 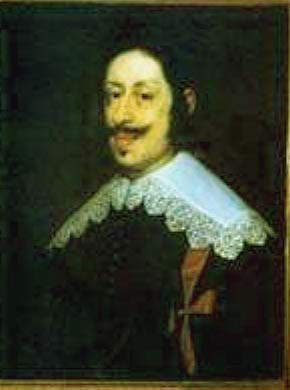 The Florentine diamond was inherited by Ferdinando II Medici, the 5th Grand Duke of Tuscany, and it was during his rule in 1657, that the famous French traveler and jeweler Jean Baptiste Tavernier, saw the diamond among the Duke's possessions, and probably made the drawings of the Florentine, which he published in his book, "The Six Voyages of Jean Baptiste Tavernier", in 1676. In this drawing the Florentine is depicted as a 9-sided, double rose-cut diamond, having a shield shape.

Cosimo III succeeded his father Ferdinando II de Medici, upon his death, as the 6th Grand Duke of Tuscany in 1670, and reigned for 53 years, up to 1723, longer than any of the Medicis. 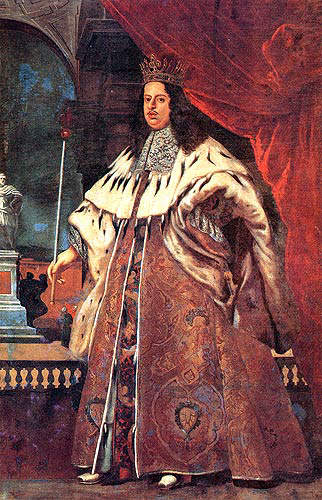 When Cosimo III died in 1723, he was succeeded by his son Gian Gastone, the last of the Medicis, who was childless. After Gian Gastone's death in 1737, the Grand Duchy of Tuscany passed to the Dukes of Lorraine.

Francis I Stephen of Lorraine succeeded Gian Gastone as the Grand Duke of Tuscany in 1737. He married Maria Theresa, the daughter of the Holy Roman Emperor Charles VI, in 1736. In October 1740, when Charles VI died, Maria Theresa ascended the throne as the Archduchess of Austria and Queen of Hungary and Bohemia, under the pragmatic sanction, a royal act, which entitled a female child to succeed to the domains of the Hapsburgs. Francis I Stephen was elected Holy Roman Emperor in 1745. 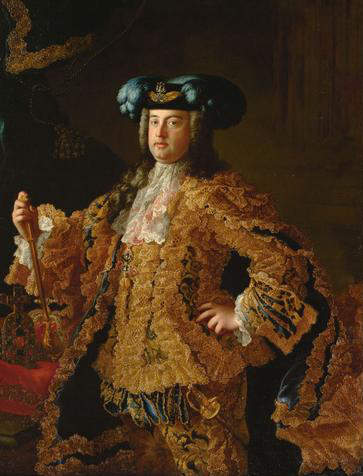 After the death of the last of the Medicis, Gian Gastone, the Florentine diamond became the property of Francis I Stephen, the Grand Duke of Tuscany, and through him passed into the hands of the Hapsburgs, and was placed in he Hapsburgs Crown Jewels in the Hofburg in Vienna. The Stone was valued at $ 750,000 around this time. The stone remained as part of the Austrian Crown Jewels up to world war I. 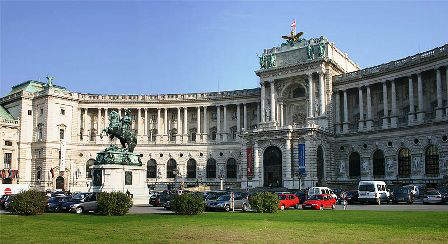 With the fall of the Austrian Empire during world war I, the Imperial family went into exile in Switzerland. The Florentine diamond was also taken by them to Switzerland. Later a person close to the family, is reported to have stolen the diamond, and taken it to South America, together with other gems of the Austrian Crown Jewels. Subsequently, it is believed that the Florentine was taken to the United States in the 1920s, and was re-cut and sold. The whereabouts of the Florentine is not known after this and it is listed with other lost renowned diamonds of the world. 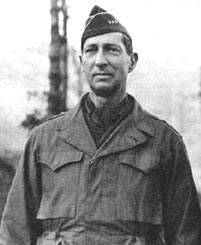