The name "Golden Star" seem to reflect the brilliance and color of this large fancy vivid yellow cushion-cut diamond, one of the largest of its kind in the world. 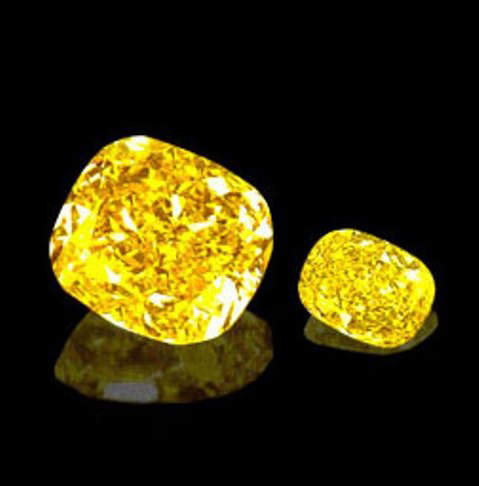 The "Golden Star" diamond is a 101.28-carat, cushion-cut, fancy-vivid yellow diamond with a VS-1 clarity. Fancy vivid yellow is the highest grading for color in the GIA color grading scale.

The "Golden Star" diamond being a fancy vivid yellow diamond is undoubtedly a Type Ib diamond, in which the intense yellow color is caused by single nitrogen atoms scattered in the crystal. The nitrogen atoms absorb visible light in the blue region of the spectrum, causing its complementary color yellow to manifest itself. However the occurrence of such intense yellow color diamonds is only 0.1 % of all naturally occurring diamonds. Other famous diamonds which belong to this category are the Alnatt diamond, the Mouna diamond, the Tiffany yellow diamond, the Sarah diamond and the Red Cross diamond.

The Golden Star rough diamond weighed 204.03 carats and was discovered in the famous Finsch Mine located in the Northern Cape in South Africa. The date of discovery and other details of the early history of the diamond are not known. The diamond was purchased either by Graff diamonds, South Africa or its subsidiary South African Diamond Company (SAFDICO). The purchase price of the rough diamond is not known.

The rough diamond was partially processed in Johannesburg, South Africa, where Graff has its largest diamond processing factory employing over 300 craftsmen, processing diamonds weighing thousands of carats each year. But, the Johannesburg factory had been specially set up to process smaller diamonds. Graff's workshops that specialize in cutting larger diamonds are situated in Antwerp and New York. The Golden Star diamond after partial processing in Johannesburg was sent to the Graff workshop in New York, where it was cut and polished by the skilled master cutter in charge of the workshop, the late Antonio Nino Bianco, who transformed the rough stone into a magnificent cushion-cut, fancy vivid yellow brilliant of 101.28 carats. The loss of weight entailed in the process was 103 carats, equivalent to 50.5 %. Such loss of weights are normal in maximizing for quality and brilliance. Quality is usually achieved only at the expense of quantity. However, the master cutters were also able to create a satellite sister stone, also a cushion-cut fancy vivid yellow, weighing 16.63 carats. 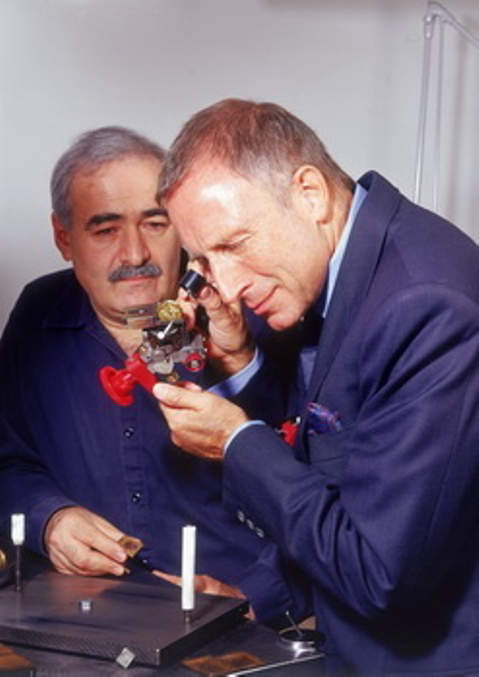 Laurence Graff set the Golden Star diamond as the centerpiece of a spectacular necklace weighing 176.82 carats. In March 2005, this necklace was exhibited at the TEFAF Maastricht, the world's leading art and antiques fair as part of the Haute Joaillerie du Monde section. The TEFAF Maastricht fair is sponsored by AXA Art, the only insurer in the world that specializes exclusively in insuring art works belonging to art dealers, private collectors, museums etc., and is part of the AXA Group, worldwide market leaders in Insurance.