Fight against 'blood diamonds' under review

WINDHOEK (AFP) — Diamond-producing nations Tuesday began reviewing global efforts to prevent trade in the gems from fuelling conflicts, with an eye on alleged abuses in Zimbabwe and Venezuela's recent suspension.

An international scheme known as the Kimberley Process, named after a South African mining town, was launched in 2003 to curb the flow of so-called "blood diamonds" into the mainstream market.

Namibia, which currently heads the process, is hosting the three-day meeting to deliberate efforts to further stem the illegal diamond trade blamed for financing wars in developing countries.

"Our aim is to curb the flow of illicit trade and we must continue to strengthen the security system and improve our internal controls," the group's chairman Bernhard Esau told the 200 delegates at the opening ceremony.

The Kimberley scheme aims to certify diamonds to prove to buyers that they are not linked to violent conflicts, but the process has come under criticism for lax enforcement, particularly in Zimbabwe and Venezuela.

Esau earlier this year rejected calls from rights groups to suspend Zimbabwe due to reports of forced evictions and other rights abuses from the eastern Marange diamond fields.

The World Federation of Diamond Bourses in April banned the sale of diamonds from Marange, but Kimberley has resisted taking a tough stance.

"There are still gaps that can be strengthened in order to intensify the central inflow of illicit diamonds illegally exported from Zimbabwe," Esau said, while insisting that Kimberley had been "hands on with regard to the illicit diamonds from Marange."

Esau also said Kimberley was ready to work with Venezuela, which voluntarily withdrew in September, three years after the country had stopped reporting its diamond production and sales as required by the certification scheme.

"We will assist and support them to develop action plans to implement minimum standards of the Kimberley Process certification," he said.

Most diamond mining in the South American country is conducted by small-scale miners who are supposed to belong to cooperatives that submit monthly reports to authorities.

The rights group Partnership Africa Canada (PAC) sent a mission to Venezuela in May and found that diamonds are still being mined and smuggled into legitimate markets with the knowledge of authorities, despite the suspension.

"In condoning the status quo, the Kimberley Process has become an active party in an overt diamond smuggling enterprise," PAC said in its report.

Global Witness, a Britain-based group that monitors the exploitation of natural resources, has also pointed to worries over smuggling, money laundering and human rights abuses in the world's diamond fields.

"The work it was set up to do is vital -- it would be scandalous if uncooperative governments and industry succeeded in hobbling it into ineffectiveness."

Other countries of concern were Lebanon and Guinea, which were exporting significantly more gem-quality rough diamonds than they import, Global Witness said.

The Kimberley Process emerged from global outrage over conflicts in countries like Liberia and Sierra Leone, where hundreds of thousands died in conflicts largely funded by the plundering of wood and diamond resources.

Now the Kimberley Process covers about 99.8 percent of the world's production of rough diamonds, with 49 members representing 75 countries working within the scheme.

Under Kimberley, rough diamonds are sealed in tamper-resistant containers and required to have forgery-resistant, conflict-free certificates with unique serial numbers each time they cross an international border.

Add News to your Google Homepage 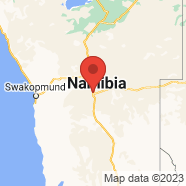