A Pair of Antique Natural Pearl and Diamond Ear Pendants

The name refers to an attractive pair of antique natural pearl and diamond ear pendants that was Lot No. 160 at Christie's Contemporary Jewelry and Watches  Sale, No. 7664, held at Jumeirah Emirates Towers Hotel in Dubai, on April 29, 2008. The antique ear pendants believed to have originated around the year 1880, fetched a selling price of $217,000, a record, for a pair of ear pendants of this nature, and was within the pre-sale estimated range of $180,000 to $250,000. 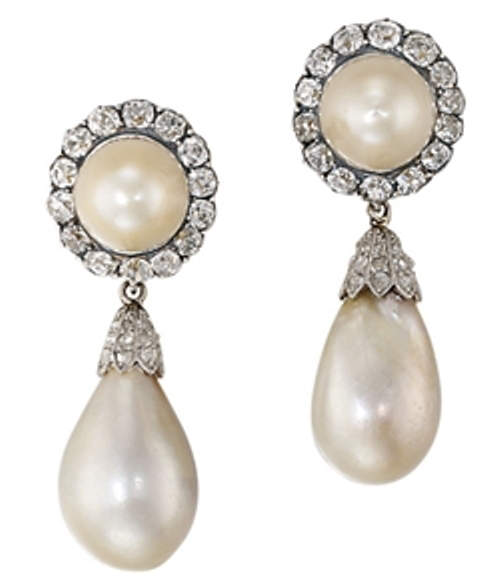 Characteristics of the pair of natural pearl and diamond ear pendants

Each of the ear pendants that has a length of 5.2 cm, consists of two parts :- the ear stud and the pendant suspended from it. The centerpiece of the ear stud is a button-shaped pearl, surrounded by a layer of old-cut diamonds. The drop-shaped pearl that forms the pendant is suspended from the ear stud, by a bell cap arrangement mounted on top of the pearl. The  metal used in the ear pendants appears to be either silver or gold.

Characteristics of the pearls in one ear pendant

The dimensions, weight and shape of the pearls

The color, overtones,  luster and orient of the two pearls in this ear pendant are consistent with their saltwater origins. The color of the pearls are white, the most sought after color in pearls. Both pearls have a distinct pink overtone that appears to float over the surface of the pearl. The white color of the pearl is actually the color of aragonite that shows through in the absence of colored pigments in the conchiolin part of the nacre. The overtone colors are caused by an optical effect as light passes through successive layers of aragonite. Luster and orient of the pearls are also optical effects caused by reflection and refraction of light respectively. All the four properties, color, overtones, luster and orient depend on the thickness of the nacre, which is at optimum level in these pearls, being natural pearls made entirely of nacre.

Characteristics of the pearls on the other ear pendant

The dimensions, weight and shape of the pearls

Difficulties faced by the unknown designer of the ear pendants in matching for shape, size and weight

Thus, the pearls in the two ear pendants, match perfectly for their color, overtones, luster and orient. They also match to some extent for their dimensions and shapes, but not so much for their weights. The two near spherical pearls have weights of 10.23 carats and 9.99 carats, the difference being  only 0.24 carats. Thus, the two near-spherical pearls are almost perfectly matched. The two drop-shaped pearls on the other hand, have weights of 26.86 carats and 22.82 carats, the difference being 4.04 carats, which is quite significant, and are therefore not perfectly matched. However, given the fact that these are natural pearls which are extremely rare, matching for shape, size and weight can be an extremely difficult task, facing the jewelry designer. Given the difficulties and constraints that the unknown designer of these attractive pair of ear pendants, had to contend with, it can be said that he has accomplished an excellent job, exhibiting his handcrafting skills under the most difficult circumstances.

History of the pair of natural pearl and diamond ear pendants

Nothing is known of the historical provenance of the ear pendants, except for the fact that it originated around the year 1880. This corresponds with the mid-Victorian period (1860-1890), also known as the Grand Period in the history of jewel crafting. The beginning of this period was associated with mourning jewelry to mark the death of Queen Victoria's mother and her husband, Prince Albert. But, during the latter part of this period extensive use was made  of gold discovered in America and Australia, and Silver discovered in America in jewelry production. Some of the gemstones used during this period included diamonds, pearls, rubies, emeralds, sapphires, amethysts, garnets, opal, onyx, black glass, jet ivory etc.

Short history of earrings and ear-pendants

The history of earrings and ear pendants date back to 2,500 B.C.E. in Sumeria, where the oldest earrings discovered so far was found in a grave, in the Sumerian city of Ur, home of the Biblical patriarch Abraham. In Egypt earrings taking the form of dangling gold hoops were common in the period 1500 B.C.E. In India too the practice had been prevalent since 1500 B.C.E. The ancient Greeks wore pendant earrings shaped like sacred birds or demigods. In ancient Rome earrings mounted with gemstones were worn by women. In Europe, earrings and ear pendants for women fell from fashion between the 4th and 16th centuries, as styles of clothing and hair adopted by women, tended to obscure the ears. However, after the 16th-century, earrings again came back into vogue in Italy, Spain, England and France, as new hairstyles exposed the ears.

One of the well-known pair of ear-pendants, the Marie Mancini pearl and diamond ear-pendants

One of the well-known pair of ear pendants are Marie Mancini pearl and diamond ear pendants, believed to have originated in Italy in the 16th-century and entered France in 1600 when Marie de Medici married King Henry IV of France. Marie de Medici gave the pearls to her fifth and last child Henrietta Maria, when she married King Charles I of England and Scotland in in 1625. Henrietta Maria probably sold the ear pendants together with other crown jewels of England to raise money for her husband's cause, to purchase weapons. The ear-pendants came into the possession of Henrietta's nephew, King Louis XIV, around 1657. King Louis XIV who was just 19 years old, fell in love with the 18-year old Marie Mancini, a niece of Cardinal Jules Mazarin. King Louis XIV then presented the pair of ear pendants to his first love Marie Mancini, and portraits of her painted during this period show her wearing these ear pendants. Luois XIV's affair with Marie Mancini was later broken off, due to disapproval of the king's mother and Cardinal Jules Mazarin, who arranged for the king's marriage to Infanta Maria Theresa, daughter of Philip IV of Spain. 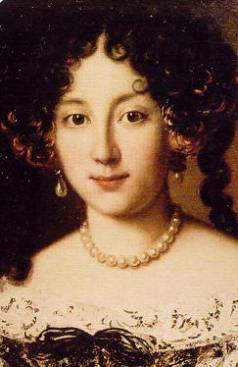 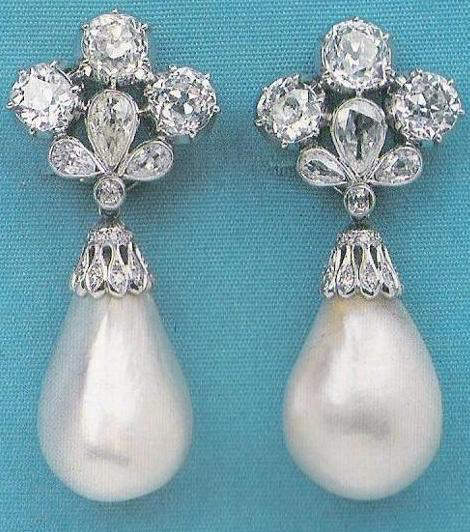 Pearl drop ear-pendant worn by the mystery girl in the painting known as "The Dutch Mona Lisa."

Another well known pair of ear pendants, which perhaps was not real, was the one worn by a mystery girl, the subject of a famous painting by Baroque Dutch artist Johannes Vermeer. The famous portrait believed to have been executed around year 1665, depicts the close up of a beautiful young lady wearing a headdress and a large pearl drop ear-pendant. In this painting the artist seems to have masterfully captured, the beauty and luster of the drop-shaped pearl, hanging from the girl's left ear. The remarkable genre painting later acquired the name "The Dutch Mona Lisa," and became the inspiration for a film that speculated on the identity of the subject. 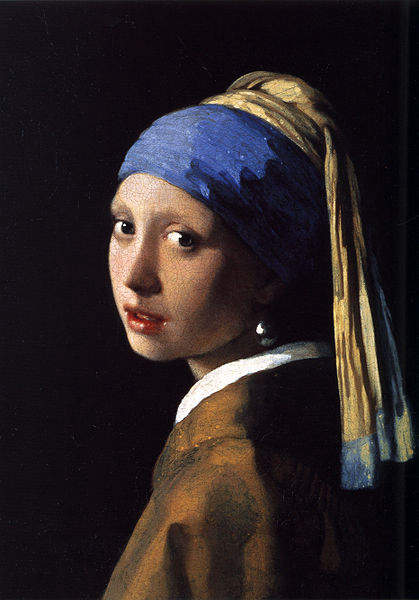 Thus after 3 decades the price per carat has appreciated by USD 574.

Given the 400-year historic provenance of the Marie Mancini natural pearl and diamond ear-pendants, and the superior quality of the natural pearls incorporated in them, whenever the Marie Mancini pearls come up for auction again, they would without any doubt sell for over a million dollars, and sometimes even exceed the value of La Regente which has a historical provenance of only around 200 years, dating back to the period of Napoleon Bonaparte.

Table of famous natural pearls/pearl jewelry sold at public auctions showing the increase in demand for these pearls in the 1980s and 1990s, and the strong auction market registered after the onset of the new millennium