The diamond was named "Estrella do Sud"(Star of the South), in French after a syndicate of diamond merchants in Paris led by Halphen &Associates, purchased it in the early 1860s. 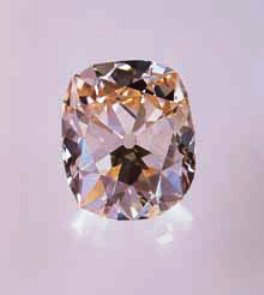 The diamond that was discovered accidentally by a woman slave worker, in the mines of the province of Minas-Geraes, in Brazil , in July 1853, has gone down in history as the first Brazilian diamond to receive international acclaim. 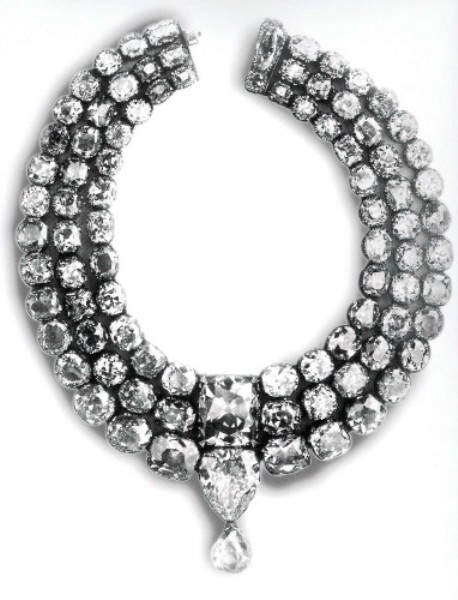 The rough diamond weighed 254.5 carats and was unique in that it was a naturally formed rhombic dodecahedral crystal having 24 natural facets. There was a deep depression on one of the facets, with a shape that probably could have accommodated another octahedral crystal. A few black inclusions were also seen in the stone that could have been caused either by volcanic sand or titanic iron.

For the Negress who discovered the diamond and subsequently surrendered the stone to her master Casimiro de Tal, the discovery came as a great blessing, for the master rewarded her with her freedom, according to the usual practice in Brazil, and granted her a pension for life, in recognition of the exceptional size and value of her find. But the magnanimity of her master towards her was not equally rewarded by the person who purchased the diamond from him. Casimiro de Tal was tricked into parting his diamond for a mere Â£3,000. The purchaser in turn deposited it in the Bank of Rio de Janeiro, receiving an advance of no less than Â£30,000 on it's security alone.

The stone then passed in it's rough state through several hands until it was sold in the rough to Mr. Coster's Establishment in Amsterdam, for Â£35,000. Mr. Coster entrusted the cutting of the diamond, to his cutter Mr. Voorsanger, who after an extensive study of the rough diamond, cut it into an elegant oval form of 128.48 carats, with a loss of almost half of it's original weight. The cutting cost of the diamond was Â£500. The cutting of the diamond appears to have been handled with great judgment, although the best possible advantage has not perhaps been taken of it's natural form. The reflected light is perfectly white, but the refracted light gives the stone a rose tint. The unique phenomenon is attributed to the peculiar prismatic form imparted to the crystal, perhaps unconsciously, by the cutter. 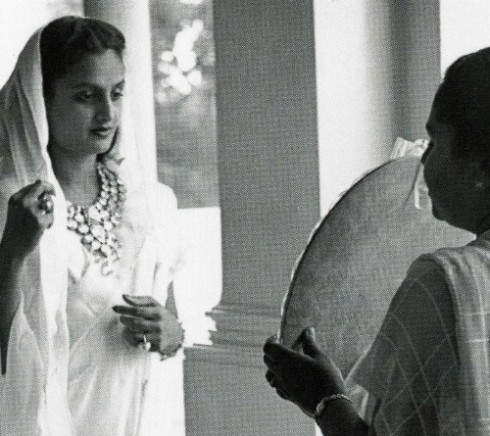 After the intrinsic beauty of the stone was revealed following the delicate cutting process, the diamond was cold by Coster to a syndicate of diamond merchants in Paris led by Messrs. Halphen, who named the stone "Estrella do Sud"or the "Star of the South."The syndicate then exhibited the stone on two occasions, one in 1862 at the London Exhibition, and the other in 1867 at the Paris Exhibition. On both occasions the stone attracted the greatest attention, and it's fame spread far and wide. The stone was then forwarded to a diamond dealing house in India, who negotiated a bid of Â£110,000,on behalf of an Indian Maharajah, but unfortunately the transaction fell through, as the parties were not able to agree on the terms. The stone was then returned to representatives of the syndicate Messrs. Halphen.

During the period of the diamond's stay in India, the elite of the Indian Society had an opportunity to examine the rare and beautiful stone, and glowing accounts of it's rare size and beauty reached the Gaekwar of Baroda, Mulhar Rao. The prince instructed Mr. E. H. Dresden of London and Paris, to negotiate the purchase of the diamond from the Paris syndicate, on his behalf for eight lakhs of rupees, equivalent to Â£80,000. Accordingly Mr. Dresden negotiated with the syndicate and purchased the diamond for Â£80,000, on behalf of the Prince. According to Mr. Dresden, it was the same Maharajah of Baroda, who purchased the famous collection of diamonds belonging to the Empress of Napoleon 111,, through the firm Smith, Fleming &Co.

The Maratha Prince of Gaekwar who purchased the Star of the South, was later involved in a sensational case, in which he was charged with the murder of some of his subjects, by poisoning with diamond dust. He was arrested after having tried to eliminate the British resident of Baroda, Colonel Phayre by similar means. The Gaekwar was subsequently arraigned before a specially constituted tribunal, found guilty and deposed from his throne.

The "Star of the South"diamond remained with the Gaekwar family probably until the end of the 20th century. The "Star of the South "diamond was mounted on a special necklace together with the 78.5-carat English Dresden in 1880. Later the necklace was slightly modified by adding more diamonds and in 1948 , the Maharani of Baroda Sita Devi was photographed wearing the modified version, at her husband's birthday party. The last recorded presence of the diamond in India was in 2002, when Cartier bought it from Rustomjee Jamsetjee of Mumbai.

The last known transaction of the diamond was in the year 2002, when Cartier purchased the stone from Rustomjee Jamsetjee of Mumbai. It is not known whether the diamond is still with Cartier or whether it has been disposed of subsequently.

Chemistry of the diamond

Plastically deformed areas of the crystal absorb light in different regions of the visible spectrum imparting colors such as pink, red, purple, orange, and brown.

Therefore, the "Star of the South"diamond is a plastically deformed type 11a diamond.